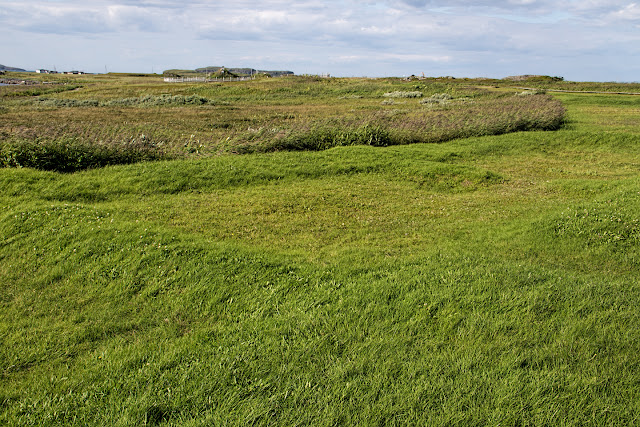 It's open grassland now, but it was all forest a thousand years ago. The eight buildings found here included a woodworking shop, and the settlement was probably a base, rather than a colony. It's too exposed for farming, and there's no sign of a barn or agricultural implements; the buildings were all either workshops for things like ship repair, or dwellings.

The location of the sod walls was not so well defined before the excavations, by the way. The houses were just some grassy lumps that the locals referred to as the Old Indian Camp.