View from the bluffs 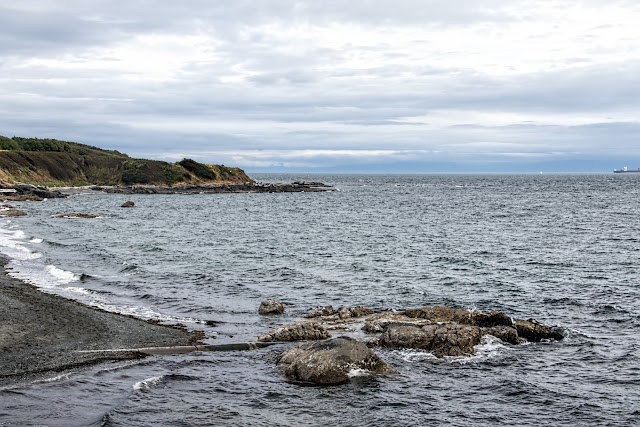 After Fisherman's Wharf, I just kept going. I'd also seen paths along the bluffs from the bus, and though it had been quite gray and chilly that morning, it had warmed up enough to make the idea of a walk near the ocean appealing.

Vancouver Island is the largest island on the West Coast of the Americas, more than 12,000 square miles, so I've only seen a tiny piece of it. Victoria is at the southern tip, just across the Strait of Juan de Fuca from Washington State; you can see the mountains in Washington across the water from these bluffs and ferries go back and forth to Seattle.

I'd thought I might get back on a bus if one came by, but ended up walking all the way back to downtown. The Pacific Coast will always feel like home to me, and I like it better if it's not too warm, so those ocean breezes were a perfect tonic.