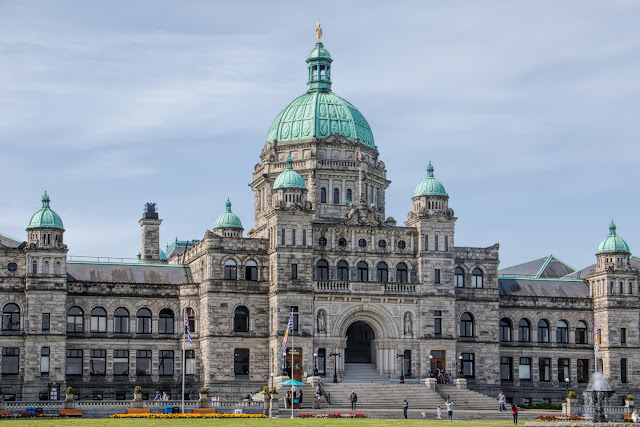 As usual, I will catch up when the trip is over and post the remaining pictures from Victoria then.

But one more picture first -- this is the Parliament building for British Columbia, facing the Inner Harbour. (That's Captain George Vancouver in gold on top of the dome.) Victoria is often described as feeling very English -- I suspect some of that comes from afternoon tea at the Empress Hotel being one of the top attractions, because it seemed much more like Seattle than London to me -- but that Parliament building would fit right in anywhere in England.

And no, I didn't take tea at the Empress. I had better things to do with $75, and I had perfectly lovely tea with a scone at Murchie's on Government Street.