A few comments about hotels 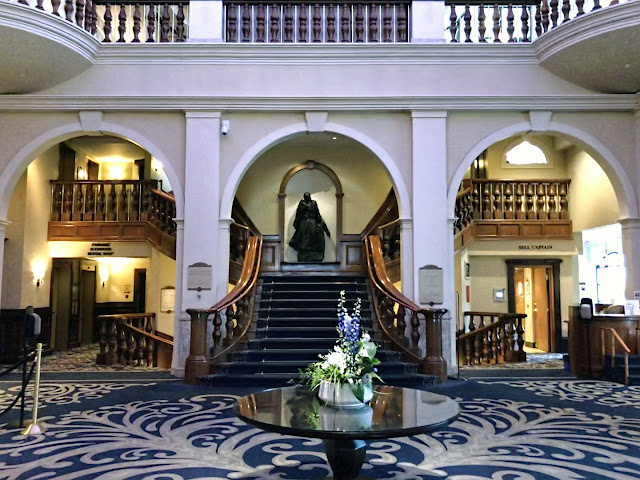 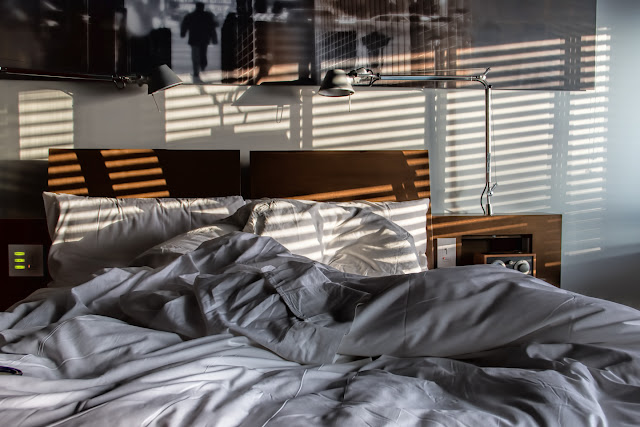 I've stayed in all kinds of hotels all around the world, including some real dives, so maybe that's why I'm not as demanding as some of the travelers I know. I want a reasonably quiet room with a clean bathroom, a comfy bed, and coffee available in the morning. I am appreciative of warm cookies delivered to my door, but I don't require them. I've had surprisingly bad rooms in allegedly very good hotels, and surprisingly good rooms in hotels where I didn't expect to be impressed.

That's the lobby of the Chateau Lake Louise on the left. This is the sort of hotel that you can only describe as grand -- more than 500 rooms, more than 100 years old. The hallways and grounds are bustling. The service is impeccable without being snooty. And the room I had, though very comfortable, did show its age. The bathroom was almost as small as the one in my apartment, and they made up for the lack of outlets by providing power strips under the desk and next to the bed.

It also had a view of the lake.

The artsy picture of rumpled bedclothes on the right is from my hotel in downtown Calgary, which could not have been more different -- small and very, very modern. (Not modern enough to actually have outlets by the bed, however. Or by the desk. I had to charge my phone in the bathroom.)

And I never did figure out how to turn on the reading lights over the bed, and I went over every inch of them multiple times. I am considered to be a reasonably intelligent person, and they just baffled me. I finally gave up only because I could imagine all too well getting sleepy over my book and then not being able to turn the damn thing off and having to go to sleep with a pillow over my face.