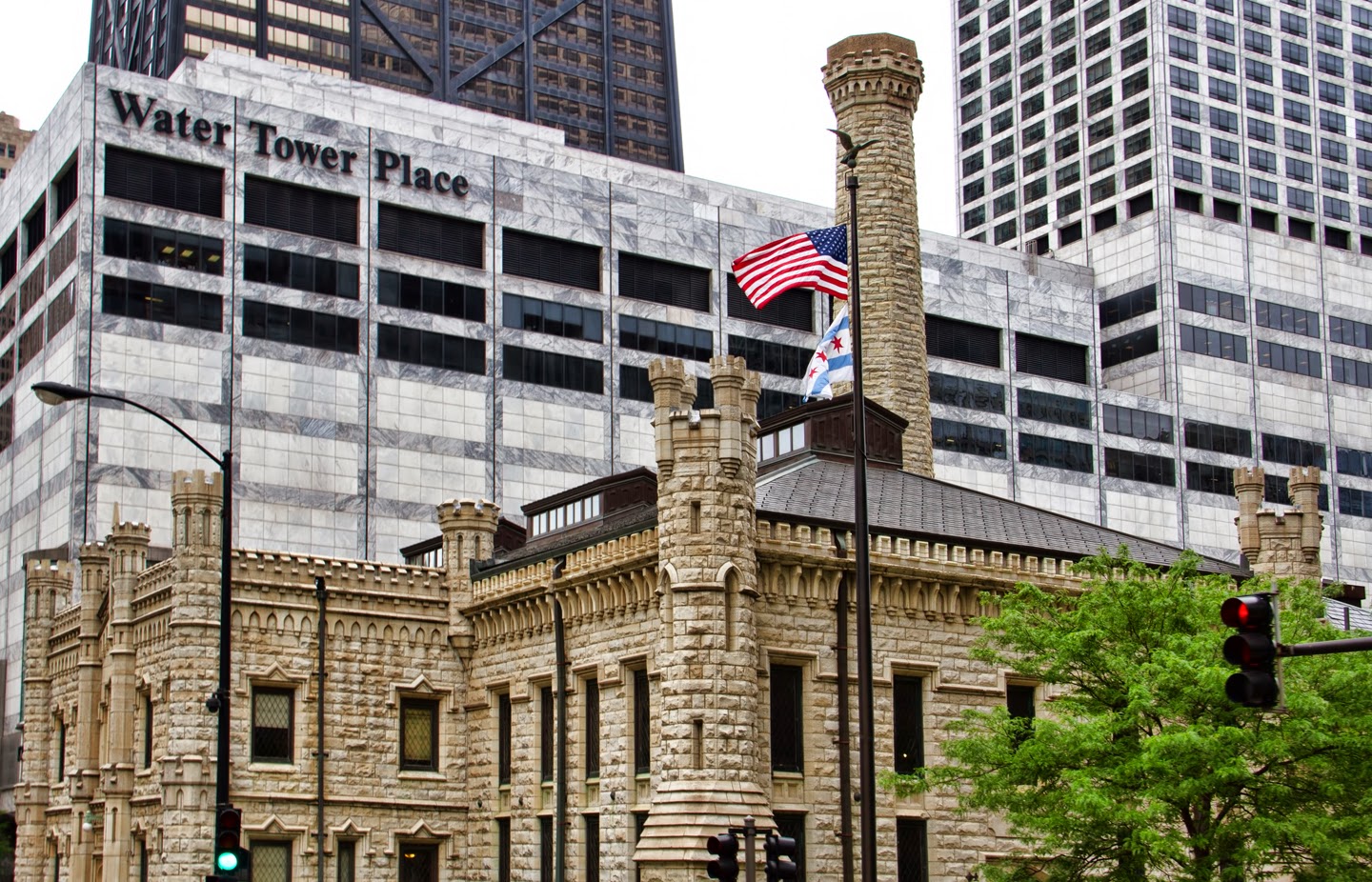 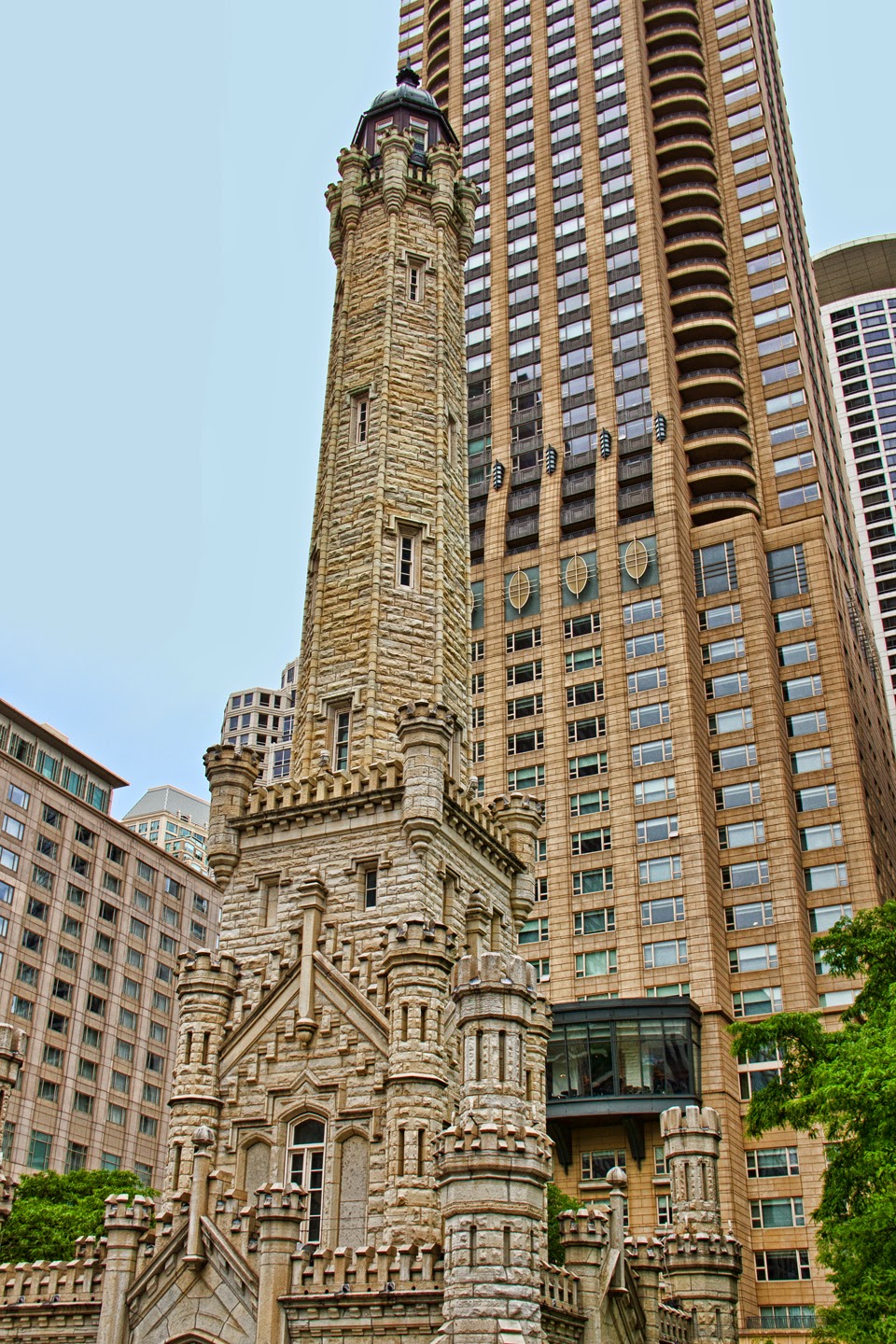 (Correction: I was in too much of a hurry, and mislabeled pictures. I left off the picture of the actual Water Tower, and only included the nearby pumping station. That's the Water Tower on the left. )

And now for something completely different.

In the middle of the glass towers and high-end retail of the Magnificent Mile, you have this -- the old Chicago Water Tower. Oscar Wilde reportedly called it a "castellated monstrosity with pepper boxes stuck all over it," and while I'm not sure why Oscar Wilde was even aware of its existence, he may actually have been too kind. There certainly is a lot going on for a not very large building -- I'm not sure all of those turrets were absolutely necessary, for example. Sleek it is not.

But because it's made of limestone, it's one of the few structures that survived the great fire, and so it's interesting historically, and loved as a symbol of the city's recovery and rebirth.

But it reminds me of a papier-mâché castle in a grammar school play.