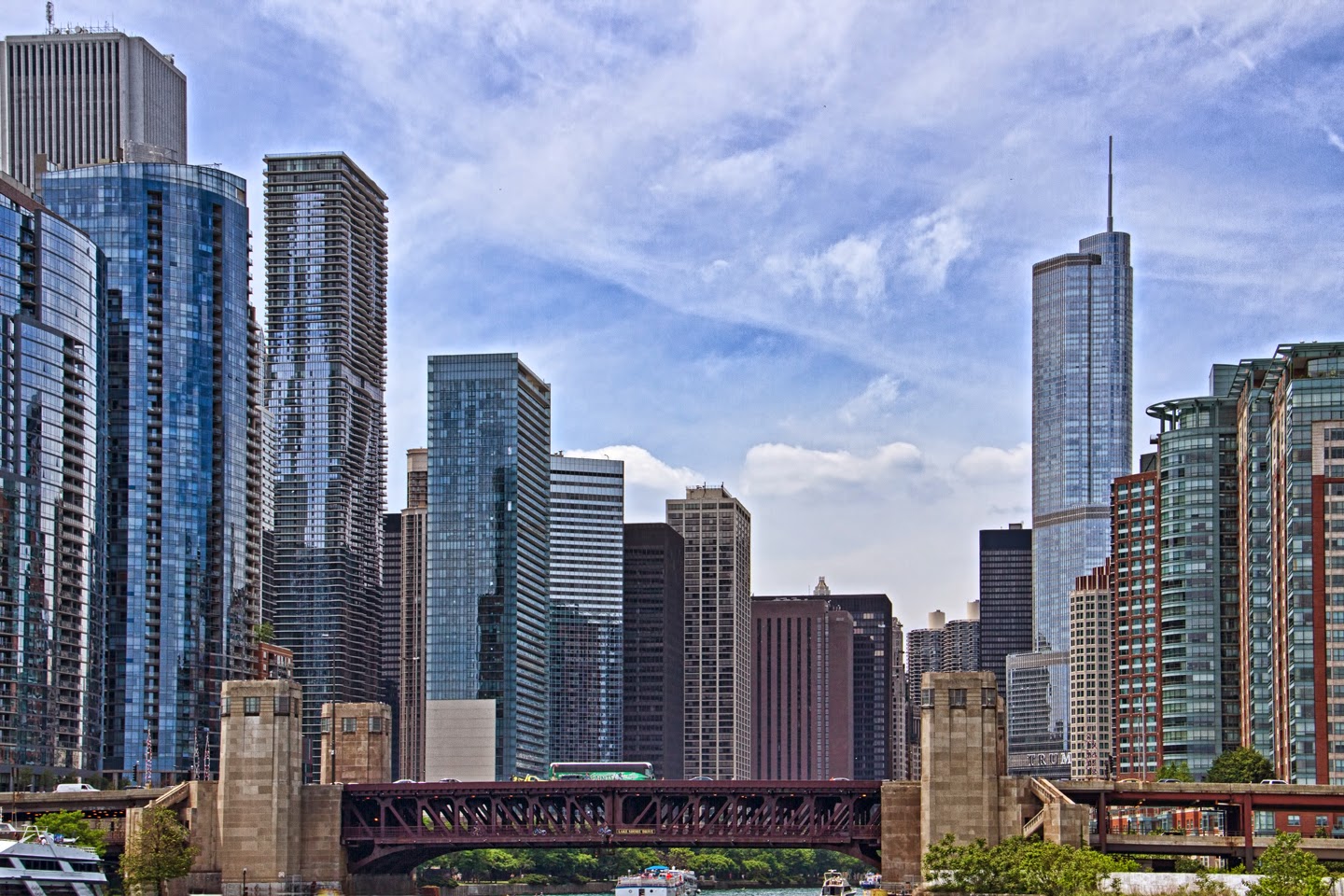 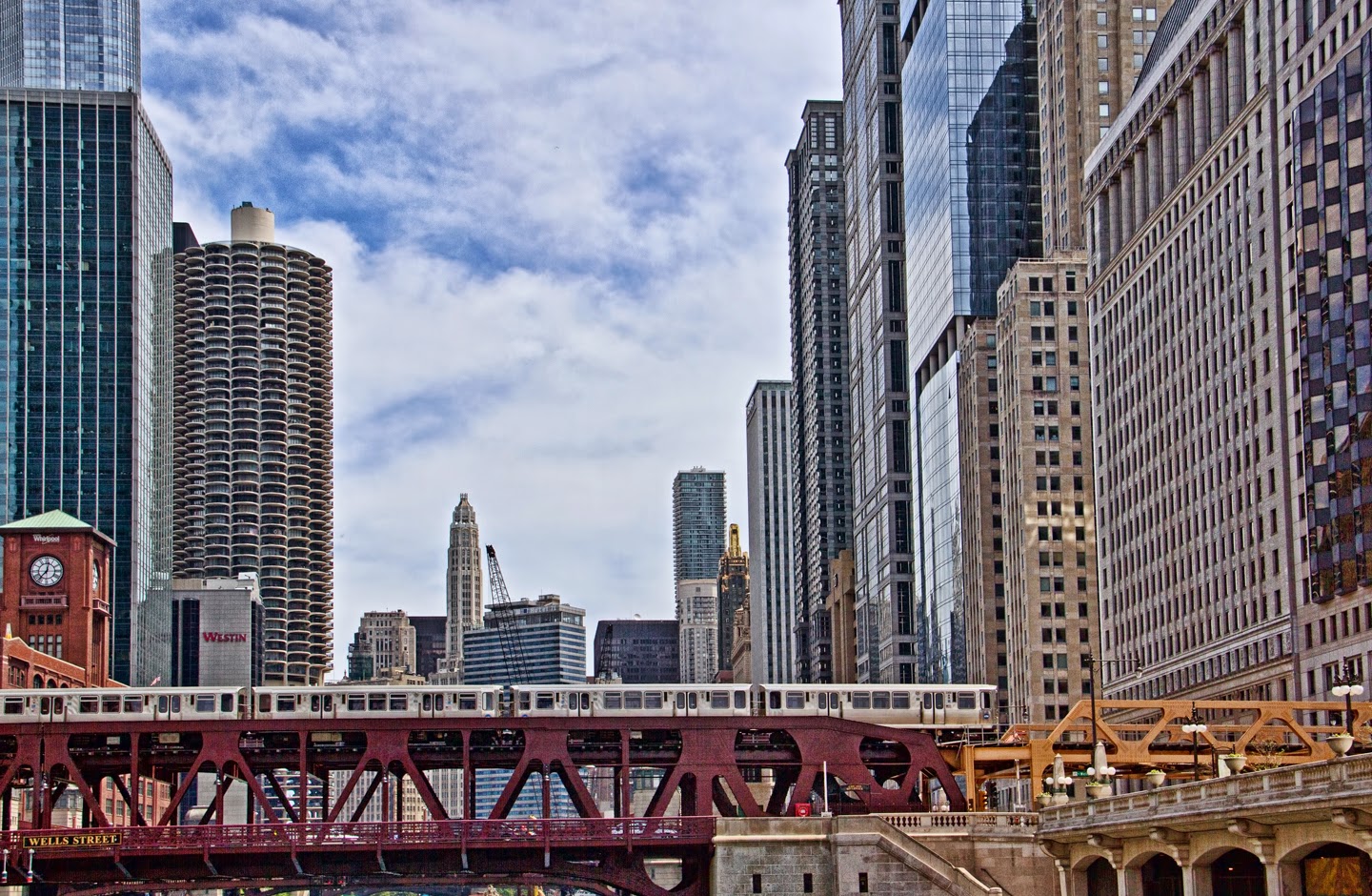 When I take many pictures on a trip -- well, when I take a trip, because I always take many pictures -- I catch up by backdating the posts to the date I actually took the picture. And I'll probably be adding more pictures to last weekend's Chicago Story, but here are two out of sequence.

So many of the pictures I took featured one, or two, buildings, soaring against blue sky as though they alone were the skyline. I like these two pictures because they give the context, the way the towers are shoved up against the river, the bustle and busyness of the many bridges, the boats on the water. It's a city, not a museum of architecture.