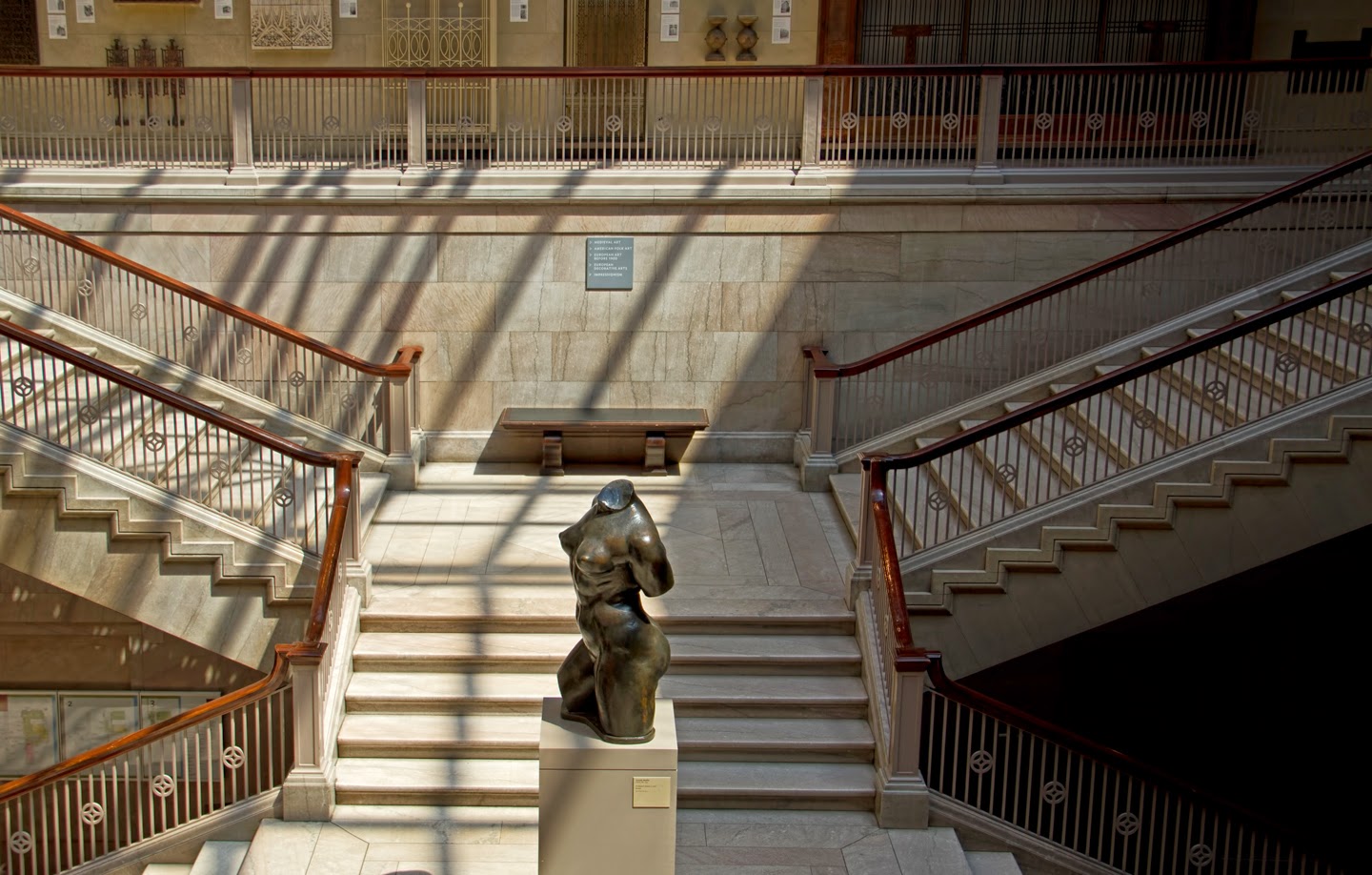 You have to like a museum that would put that saucy torso in the middle of  its very proper Grand Staircase.

And though I overdose on Impressionism pretty quickly -- I thought I had already seen most of the Renoirs there are to be seen; apparently I was wrong -- I did like the Art Institute very much.

Though I admit that I spent most of the last hour before I had to leave for the airport outside, having a coffee in the garden.
Posted by Kathleen at 5:05 PM