Sunday at the Art Institute with Kathleen 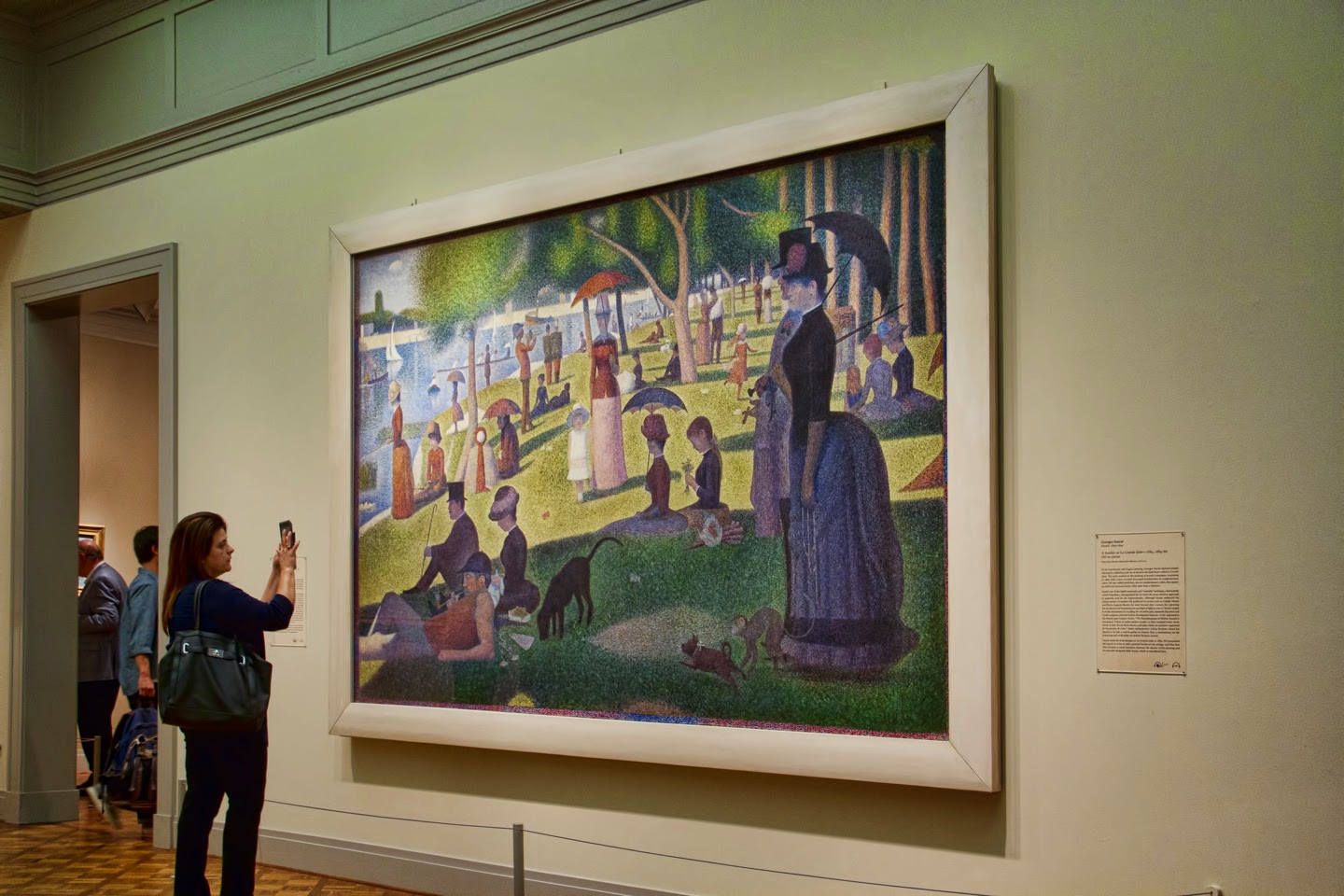 But here's Un Dimanche après-midi à l'Île de la Grande Jatte, Seurat's pointillist masterpiece, anyway. It reminded me of an argument I had many years ago with my friend Laurie Anger, and so I'm including it in my Chicago catalogue, because it was impossible to be here without thinking about her. (She grew up in Wilmette, but if you asked her where she was from she just said, "Chicago.")

I said that, No, the painting was called Sunday on La Grande Jatte, which was an island in the Seine.

No, I was wrong. She'd gone to the Art Institute of Chicago hundreds, no, thousands, of times, and she knew the painting well and it was called Sunday in the Park.

I admitted that I had never been to the Art Institute, and had not seen the actual painting, but I'd studied it in art class, and I knew what it was called.

I'm sure we argued about it for a while. Nobody ever defended a position or an ally or an (alleged) fact more fiercely than Laurie did, and I have been known to be argumentative myself. Especially when I know I'm right, which is most of the time. (Not that I'm actually right most of the time. Just that I think I am.)

Eventually, like most arguments in the pre-Google era when nothing could be proven one way or another in the moment, we forgot about it and started talking about something else. But I remembered it today, when I finally stood before the canvas of discord myself and confirmed that yeah, it's La Grande Jatte.

And sensed that Laurie, somewhere, was marshalling an argument to the effect that while yes, Sunday on La Grande Jatte may have technically been the correct name, if we're going to assume that the name printed on the little card hanging on the wall next to it has some kind of official standing, but that's not what the painting is actually called. If you said La Grande Jatte to anyone in Chicago they wouldn't have any idea what you were talking about. The painting is called Sunday in the Park.