You really can't judge a book by its cover 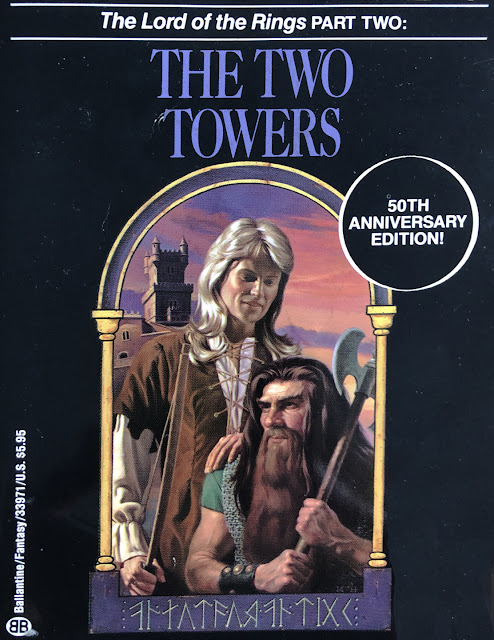 At least where The Lord of the Rings is concerned.
This is part of a boxed set, including The Hobbit, that I've had for decades. (I'm assuming that the 50th Anniversary celebrated here is the publication of The Hobbit, which was in 1937. So I probably bought this in the late Eighties-early Nineties.)
The cover art on all of the books is truly terrible, but I think the depiction of Legolas here is by far the worst. What is with that hair? Were all the Elven barbers watching too much MTV?
If Peter Jackson had made Legolas look like that in his movies, no one would ever have hired Orlando Bloom for any project, ever again.
Posted by Kathleen at 12:41 PM