Another Memphis, another sphinx 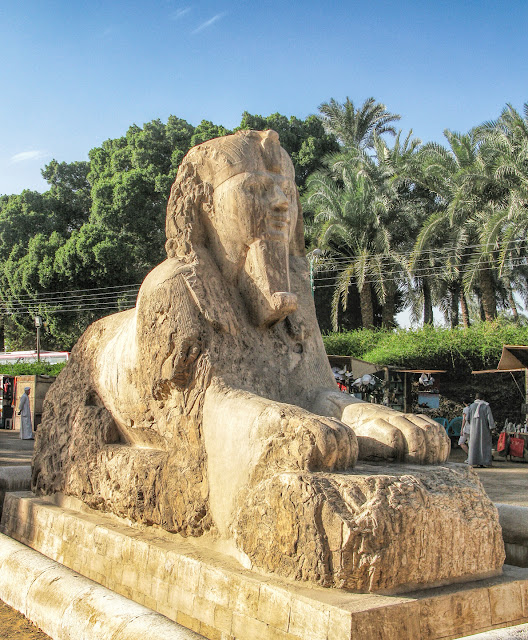 Memphis was the capital of Egypt during the Old Kingdom, and we stopped there on the road between Giza and Saqqara.
There are several temples there, but we didn't see them, visiting only the museum. It has a colossus of Rameses II that's displayed lying on its back because its feet were broken off, but my pictures of it aren't very good.
I like this sphinx though. It's much smaller than the one at Giza -- weighing in at a mere 90 tons -- and not as old, but you can get much closer to it.
And that's the end of Egypt, unless the travel gods allow me to return one day.
Posted by Kathleen at 12:23 PM