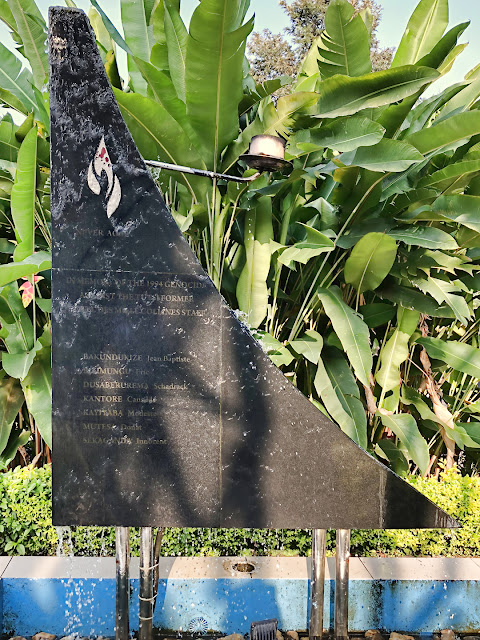 I talk about that in the book; there’s a line where I say: ‘Maybe, if you’re reading this in the future – five, or ten or 50 years from now – you’ll be taking this book with you as you plan your vacation in Rwanda.’ And when I went back in January, tourism was booming. People were actually reading that book as they arrived there on holiday and, yes, the country is one of the safest in Africa.

But don’t get too comfortable about it. Rwanda’s still a terribly complex and problematic place. It’s not an open society. It’s not a place without violence, and obviously the incredible, appalling legacy of the genocide colours everything. And yet, the government’s project of making people live together and insisting that they must make a nation together – not just any people, but killers and survivors – is an extraordinary experiment. There really is no precedent for it in modern human history....

So, in short, I think Rwanda has gone from being the most fascinatingly torn apart country on earth to perhaps being the most complex and strangely compelling story of a country putting itself back together. I say ‘strangely’ in the sense that it simply defies all expectation – and to a large degree defies belief. There was a survivor who was talking about living with killers around, and he said to me: ‘It’s our obligation, it’s our duty, it’s our necessity, it’s the only way we can survive and I do it every day. And yet it’s incomprehensible to me.’ That sums up the national condition.

That's from an interview Philip Gourevich did with fivebooks.com (there's no date, so I'm not sure how recent it is.) 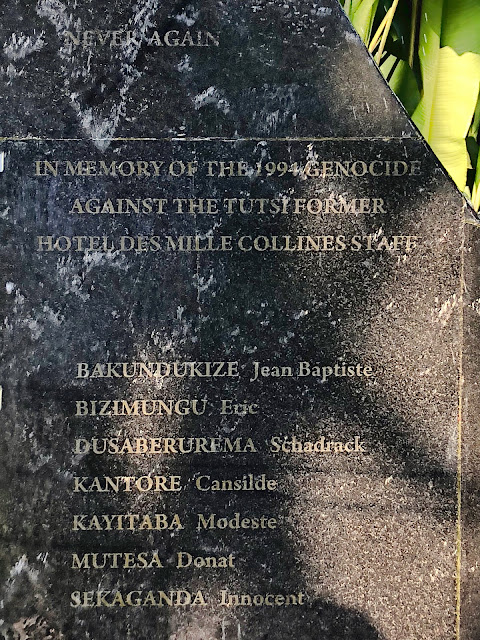 I was reading his book, We Wish To Inform You That Tomorrow We Will Be Killed With Our Families, by the pool yesterday. I can only read it in small doses -- it was unimaginably brutal, 800,000 killed in 100 days, mostly by machete -- because it frequently makes me cry, or else so angry I want to scream.

And I was keenly aware that not only was I reading this book while I was personally safe and staying in a nice hotel before heading off on an expensive tour like the privileged Westerner that I am, that nice hotel was actually a sanctuary for 1200 people during the genocide, the actual Hotel Rwanda.

They don't try to hide it -- it's on the website, and part of the information screen that pops up every time I log into the hotel wi-fi. The pictures are of the memorial on the hotel grounds for Tutsi staff who were killed; I saw similar memorials outside office buildings while I was walking around yesterday. If the situation was more complicated than the movie portrays, and Paul Rusesabagina perhaps not quite that heroic, the fact remains that more than a thousand people lived who almost certainly would have died otherwise, and that this sanctuary turned out to be actually that, unlike the hospitals and churches where some Tutsis looked for help only to find themselves delivered to the murderers.

So that's some small light in the darkness. And that Rwanda has managed to rebuild, and even thrive, in the wake of such horrors less than 25 years ago, is remarkable.