And this is why we buy travel insurance, boys and girls 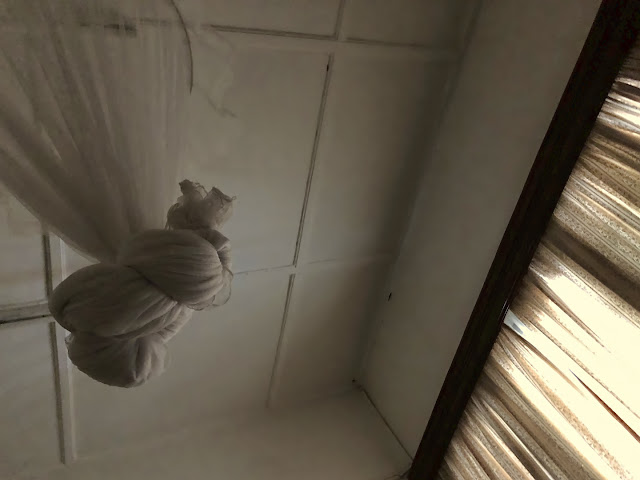 This is the view from my hospital bed in Kigali last weekend, where I spent a miserable night having IV fluids crammed into my severely dehydrated body.

I'm not sure if it was a bug or a parasite that got me -- something the travel doctors in New York will have to sort out -- but it came on quickly, and I'm still far from 100% five days later.

Which is why I'm in Brussels, on my way back to New York, instead of in Uganda, on my way to Kenya. I did try very hard to soldier on, leaving for the mountains with the rest of the group the afternoon after being released from the hospital, but the trek to see the mountain gorillas in Volcanoes National Park took my last bit of energy. (Technically, I didn't actually trek -- it turns out that you can't hike up mountains with only a few bites of oatmeal and half a glass of juice in your stomach, but I'll write more about that later.)

That's a mosquito net hanging from the ceiling, by the way, in case you've never seen one. The hospital was fortunately mosquito-free and it wasn't needed. And if you're wondering why I was taking pictures while I was lying in bed, it was because it gave me something to do besides moaning out loud because I was so nauseous.

Not the African adventure I had in mind, but it was the one I got. And it was definitely an adventure....