One day I'll be famous, I'll be proper and prim, go to St James so often I will call it St Jim 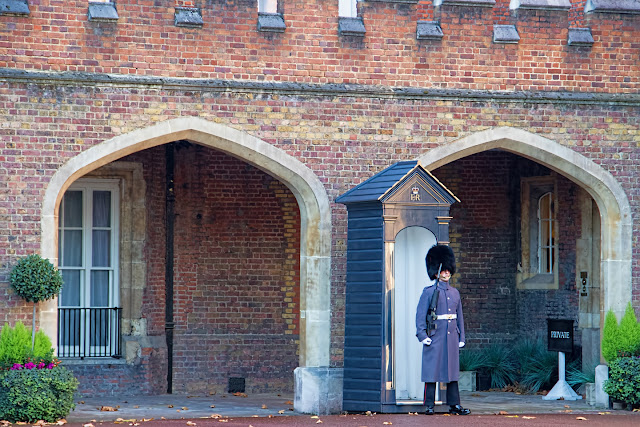 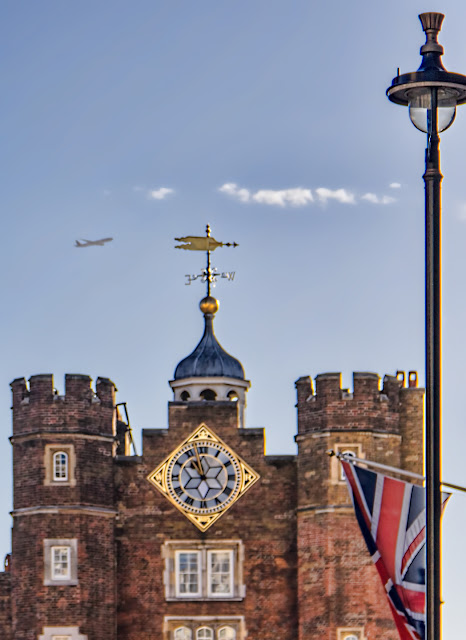 I think Eliza Doolittle was actually referring to the Court of St James's, which is the official name of the court of the British sovereign, and not the very posh and proper neighborhood where I was staying my last few days in London, but I sang this every day anyway as I walked down St James Place to St James Street, then past St James's Palace, on my way to St James Park.

These pictures are of the palace, which is the oldest royal palace and the official residence of the British monarchy, even though the kings and queens have actually lived up the street in Buckingham Palace since Victoria. Now it's the residence of minor royalty like the daughters of Prince Andrew and Fergie, though Charles and Camilla do live right next door in Clarence House.

I meant to get a better picture than the one on the left -- I was distracted by that plane -- but never did.