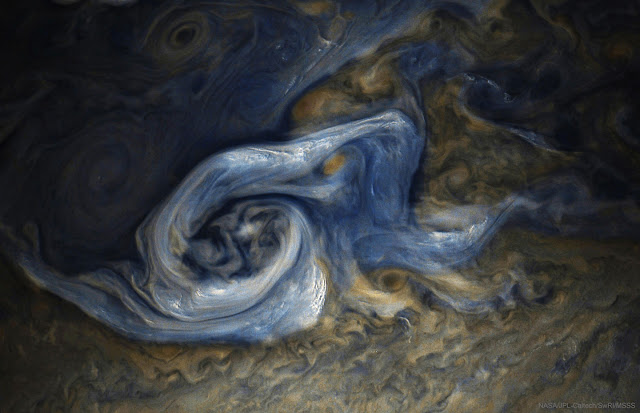 I've been more than a little bit cranky since I returned from vacation and found myself in document conversion hell, but I've managed not to have any actual temper tantrums, being neither two years old nor the President of the United States.

Jupiter has no such inhibitions, and this storm last month, captured by the Juno probe, was bigger than many planets. Now, that's a tantrum!