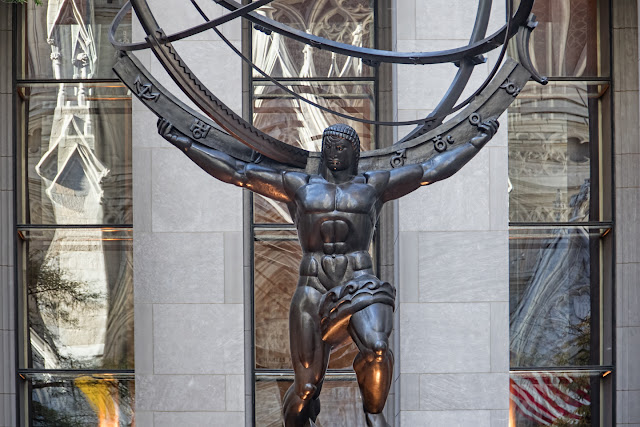 Because it's only 20 degrees outside and even after two cups of coffee and reading more news than is good for me I still don't feel like getting dressed and going out in it, here's another picture: the Atlas statue in front of a triptych of cathedral reflections.

Wikipedia tells me that when this statue was first unveiled in 1937, people protested because it looked too much like Mussolini. “Later, painter James Montgomery Flagg said that Atlas looks too much as Mussolini thinks he looks.”