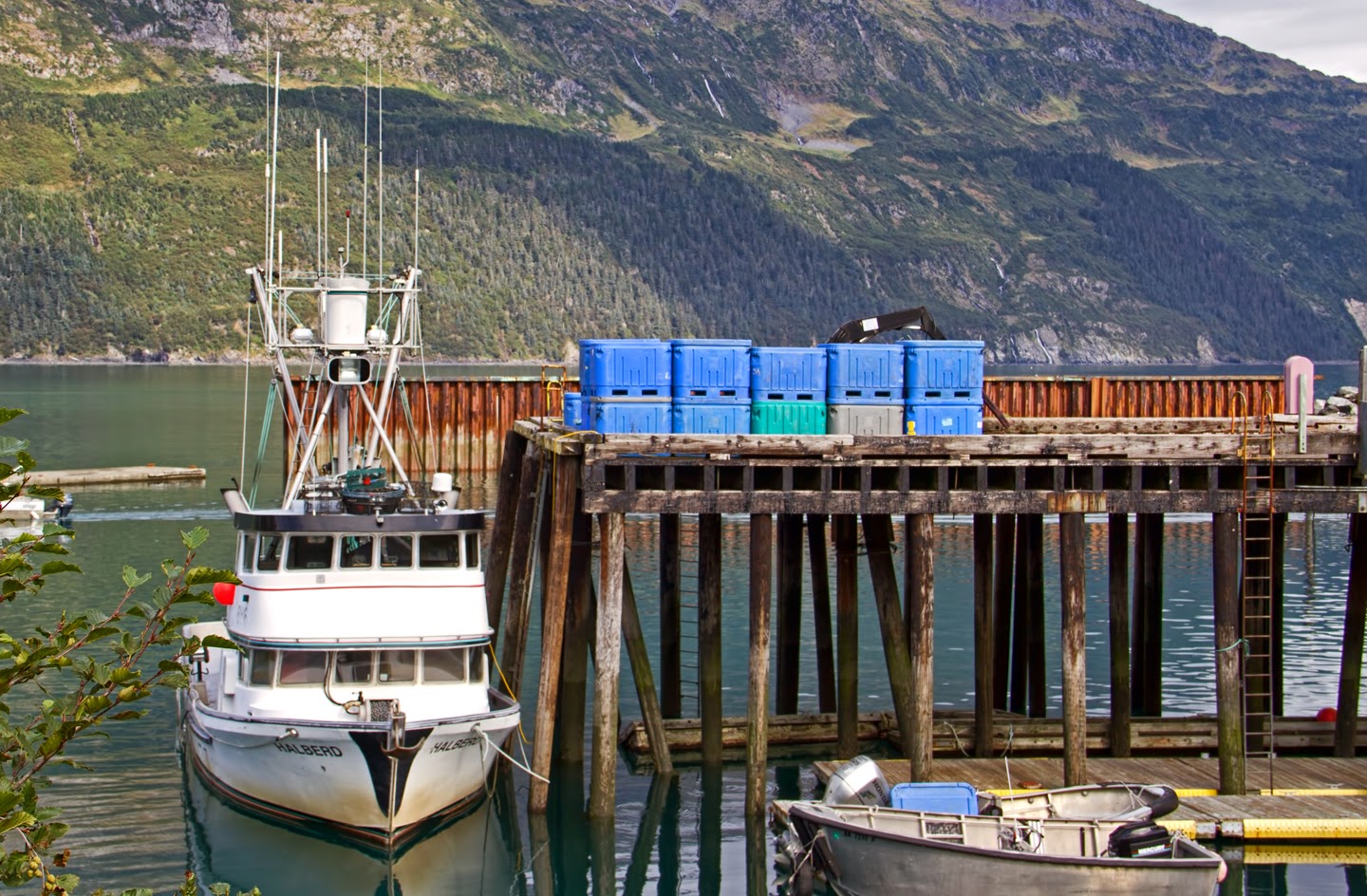 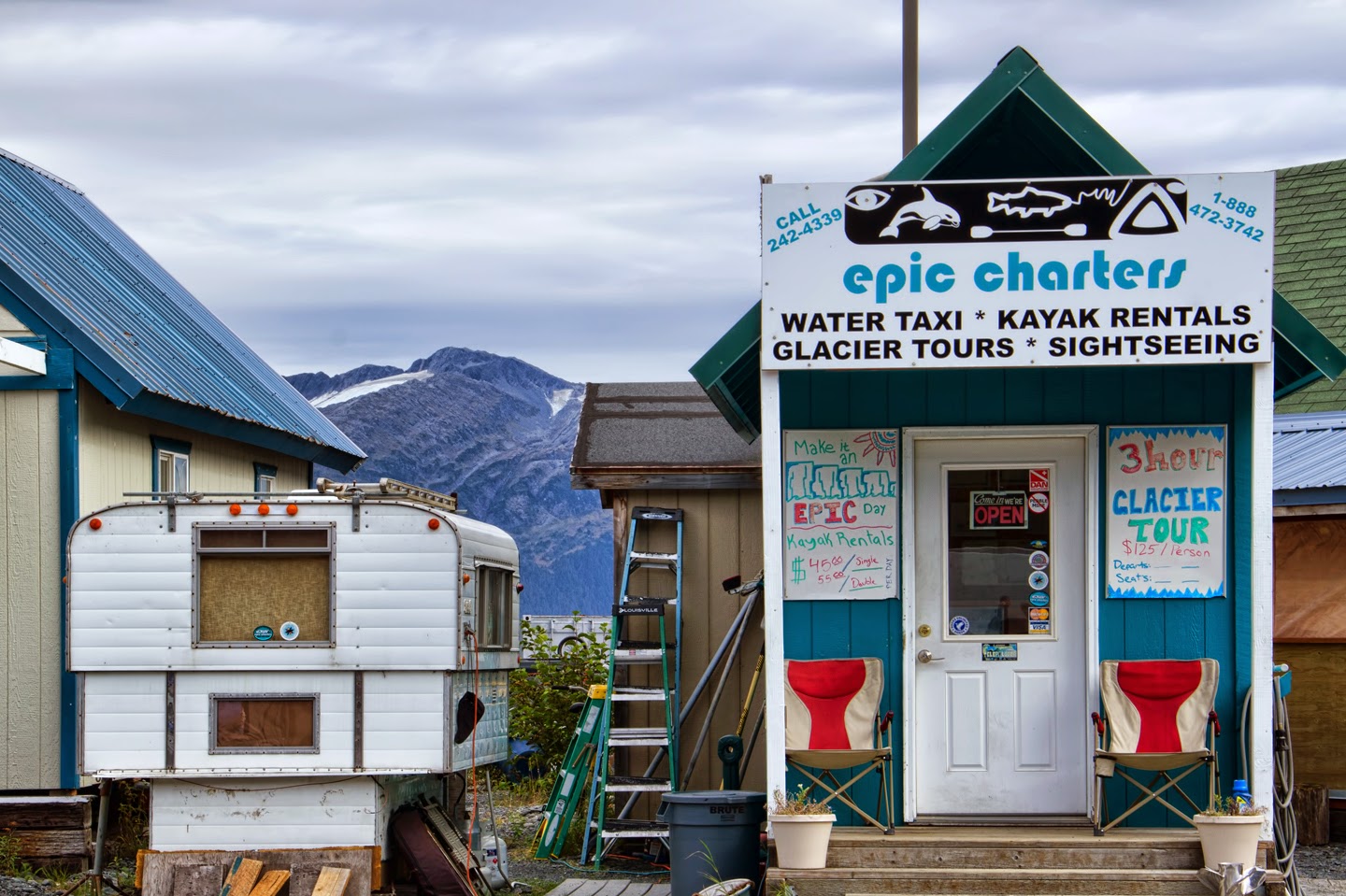 We had an hour or so to look around Whittier before our boat ride, which, coincidentally, is about how long it takes to walk, very slowly, from one end of town to the other.

It was fun to have something besides mountains to take pictures of, and I liked the quirkiness of the place. Its current population, according to Wikipedia, is 177, but it was at one time a major military outpost.

Sarah Palin jokes notwithstanding, Alaska’s proximity to Russia made it an attractive location for the Defense Department during the Cold War, and for a while Whittier was home to the two largest buildings in Alaska, built for housing soldiers and military families. One of them is now condos, where most of the current population lives, and the other has been abandoned since the 1960’s. It’s a kind of creepy presence in what is basically a tourist town.