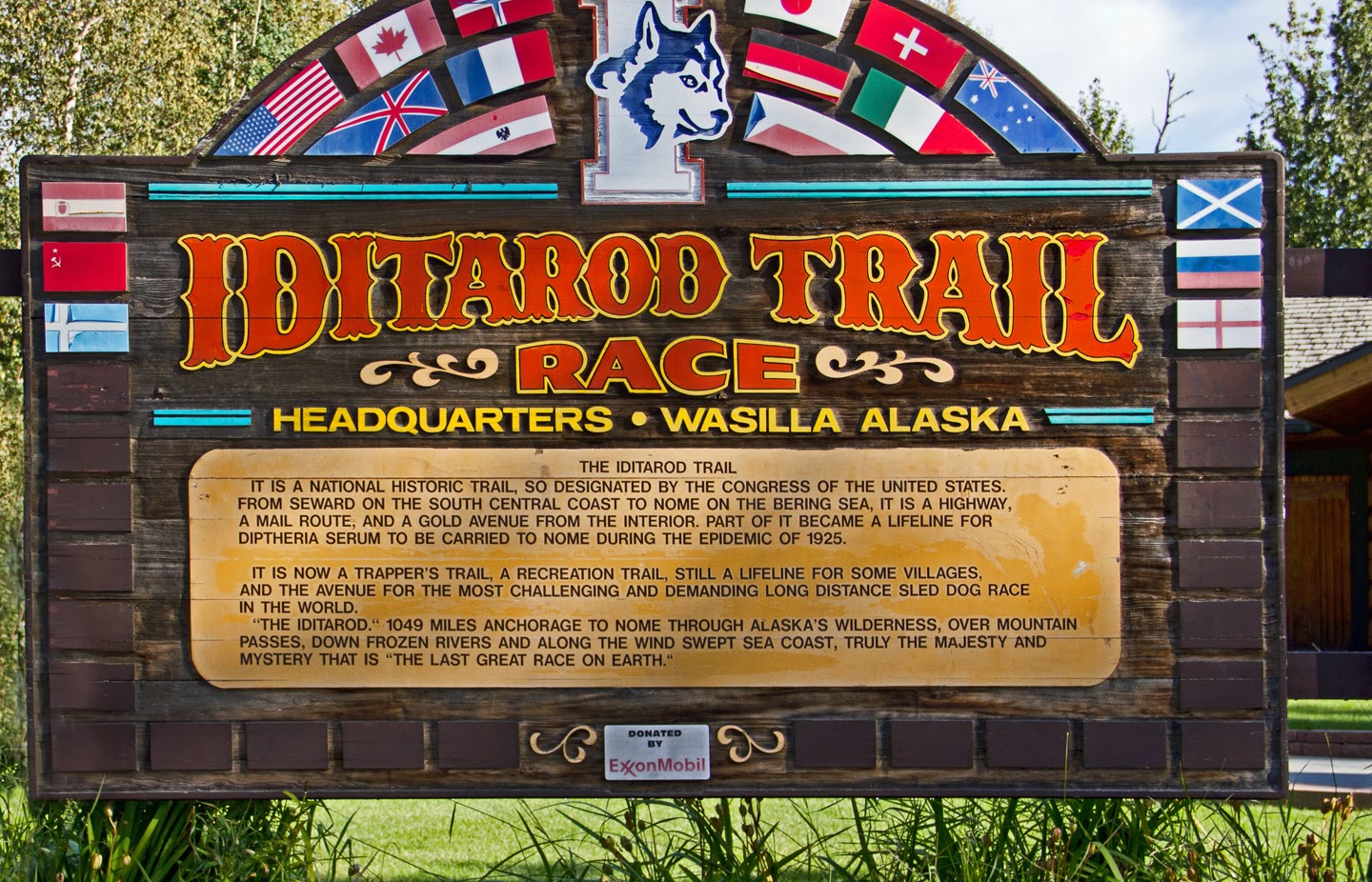 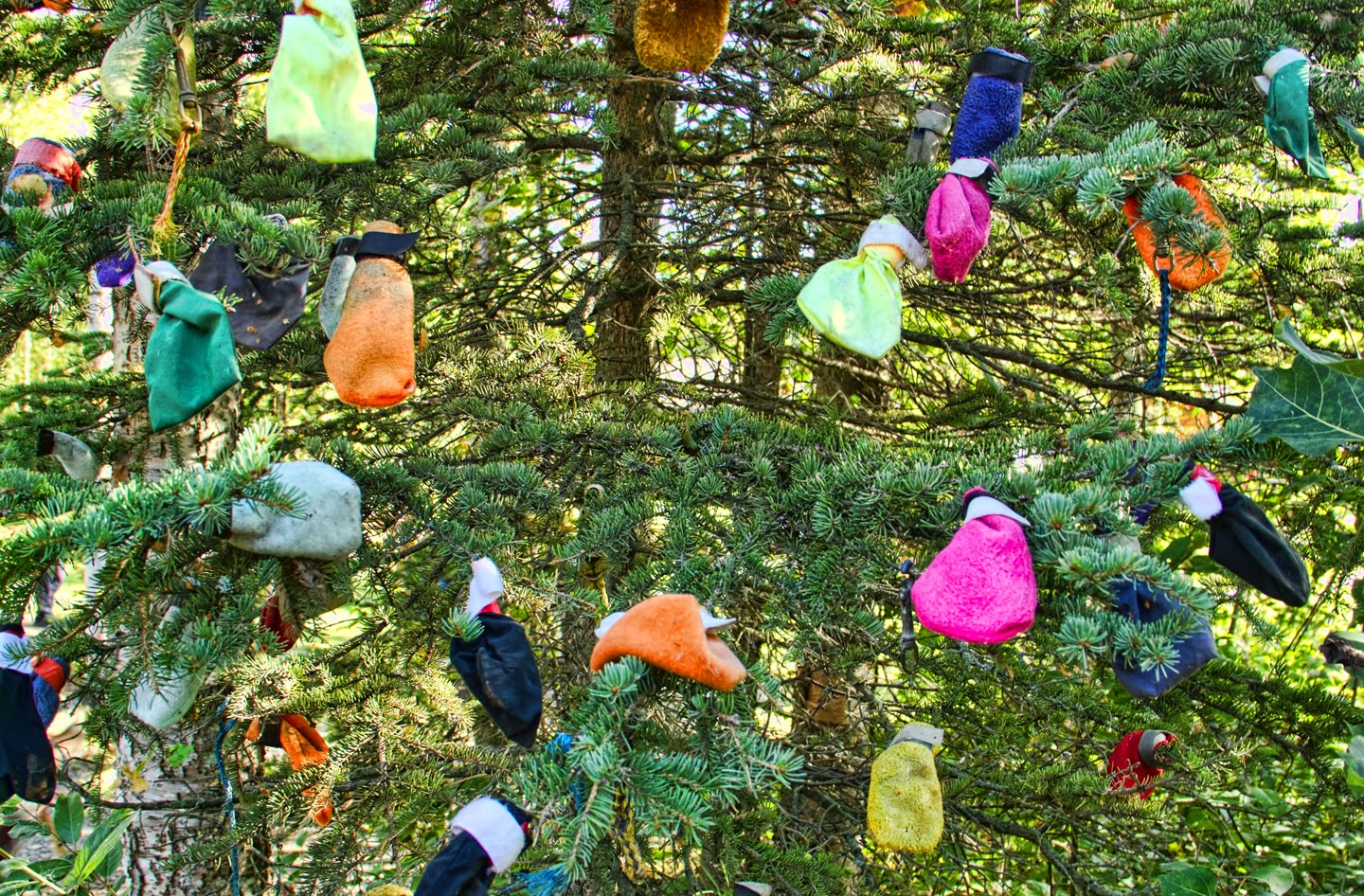 The dogs who run the Iditarod start training as soon as the weather cools off, even though there isn't any snow on the ground yet. They pull a wagon instead of a sled, and the dogs at headquarters, no doubt by coincidence, pull a wagon that has four extra seats, one of which can be yours for a mere ten dollars.

Obviously it's tourist bait, and just as obviously, I bit. We bounced along a wooded trail behind a train of barking dogs for a few minutes, and it had no business being as much fun as it was. But the dogs are so beautiful, so intense, and so joyful at getting to run, to be part of the team, that it was impossible not to catch their enthusiasm and I laughed (interspersed with coughing) during the entire ride.

(The picture is a tree decorated with the booties the dogs wear when they're actually racing.)
Posted by Kathleen at 8:54 PM