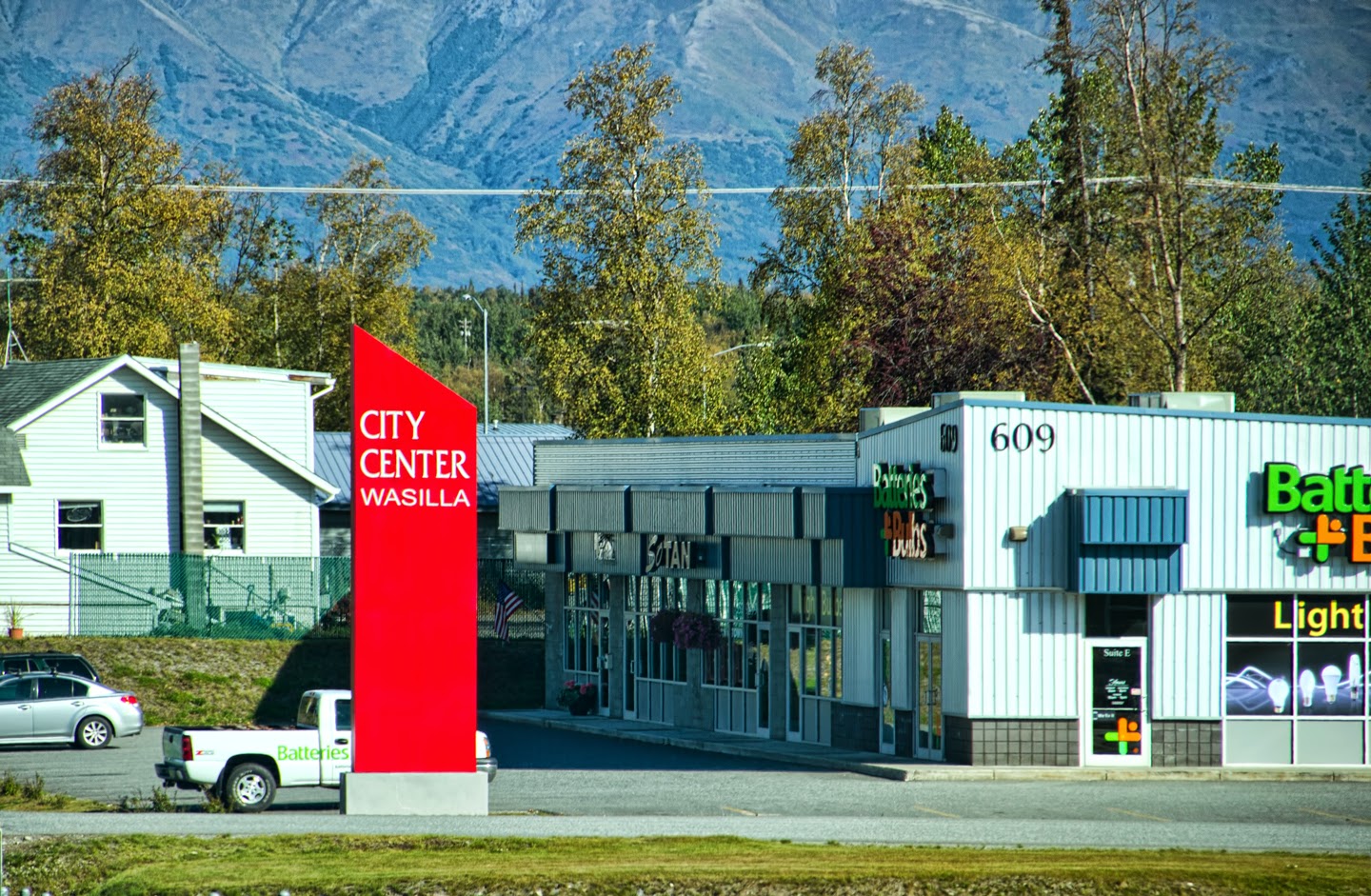 Yes, Virginia, there is a Wasilla. It's a suburb of Anchorage, and we took our first bathroom break at a convenience store there. After days in the wilderness, where there was seldom anything manmade between the road and the horizon, it was jarring to be back in the land of chain stores and strip malls. 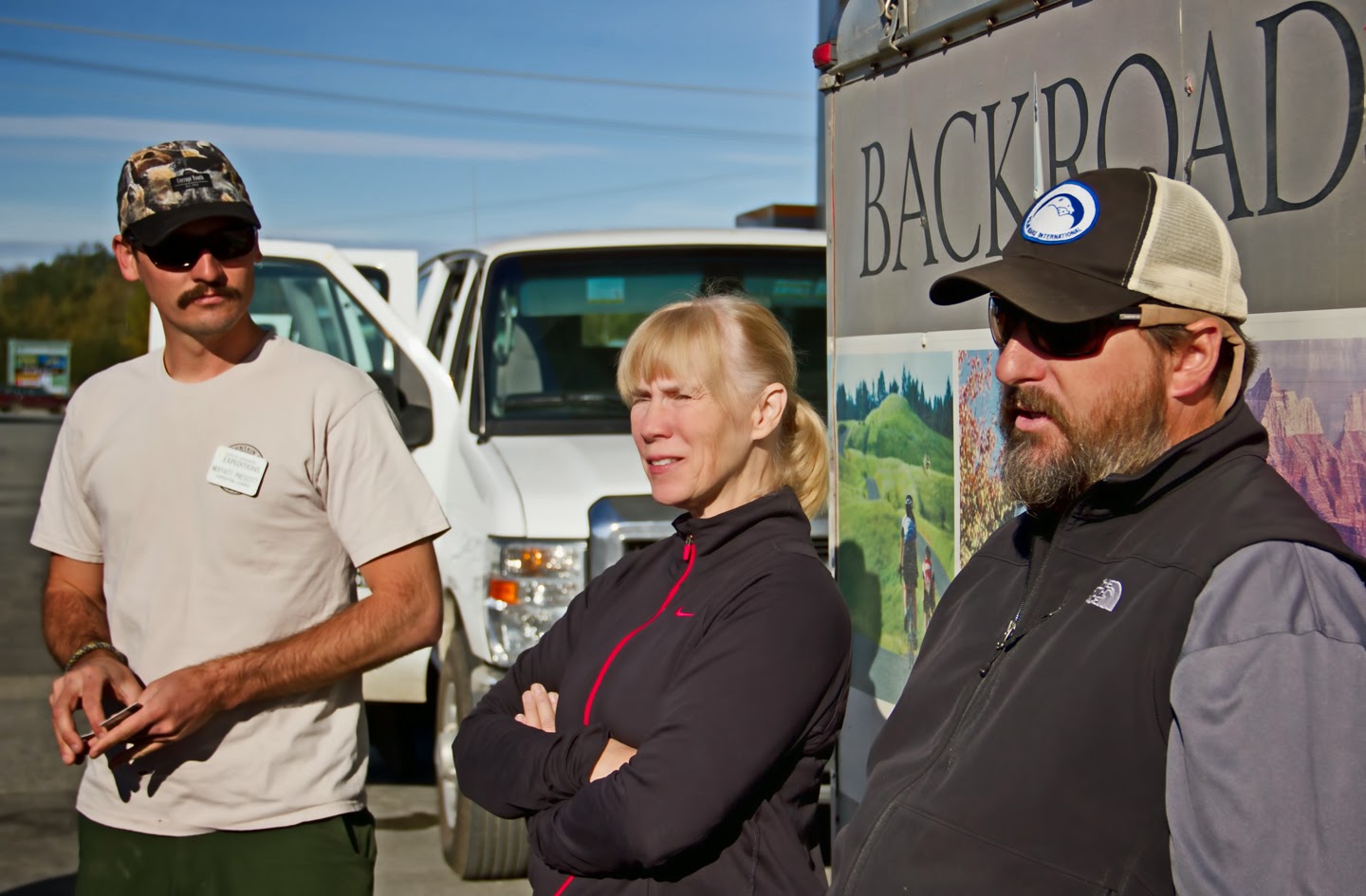 Before we left, our peerless expedition leader, Moffatt (on the left) called a team meeting to propose a change in schedule. Jason (on the right) who, in addition to being an expert on bears and other Alaskan wildlife, raises sled dogs, had been discussing dogs with the group in his van, and several people had said they would have liked to see sled dogs while we were in Alaska. As it turned out, there was such a place, right there in Wasilla.

Going there would mean getting to our next hotel late, and cutting short our planned afternoon hike, but the vote -- no surprise -- was unanimous for the dogs. (Moffatt joked that this meant we wouldn't be able to drive by Sarah Palin's house, but we picked the dogs anyway.)
Posted by Kathleen at 7:49 PM