The Plains of Abraham 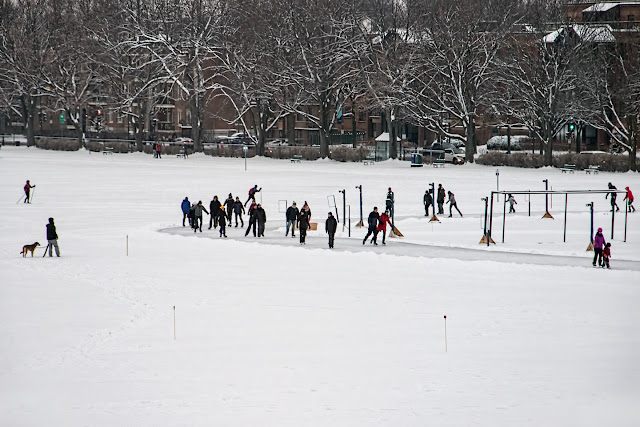 It snowed all morning yesterday, turning our walking tour of the Upper Town into a stroll through a virtual Christmas card.

This is the Plains of Abraham, site of the famous battle in 1759. The British army, under General Wolfe, climbed the cliffs up from the river in the dark, surprising the French army under General Montcalm. The battle was quick -- less than an hour -- and bloody -- both generals died -- and when it was over the British had Quebec City, and Canada.

Now it's a park, and a perfect place to go skating or cross-country skiing on a snowy Sunday.
Posted by Kathleen at 6:38 AM