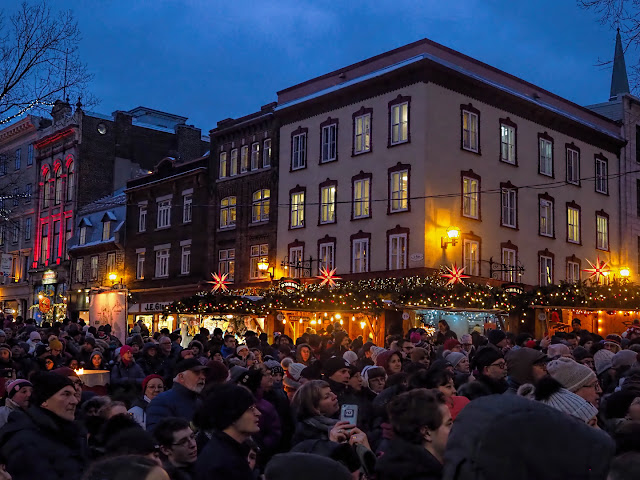 The crowd listening to the choir singing in front of city hall last night. That's the German Christmas market in the background. (It's funny how songs that drive me insane this time of year like Sleigh Ride are downright lovable when sung in French.)

We had a free evening, so theoretically I could have caught up on photos, but I was in a food coma and fell asleep shortly after coming back from the concert. After breakfast at the hotel we did a food walk through the Upper Town, sampling two kinds of crepes, pea soup, smoked salmon, hot spiced wine, and caribou, the fortified wine popular during the winter Carnaval in February. Then we had lunch (vegetable terrine, chicken in puff pastry, maple syrup pie.) Then we went to the Grand Marché where we had various cheeses with bread and croissants.

I did not eat dinner.
Posted by Kathleen at 8:11 AM