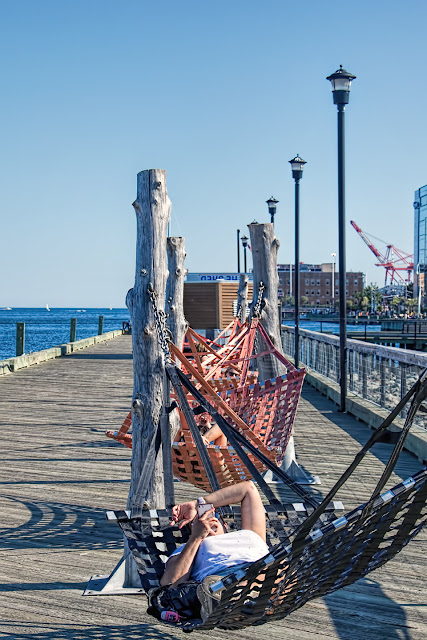 Halifax isn't a large city -- the population is around 400,000 -- but the entire island of Newfoundland has only around 500,000 inhabitants, and after two weeks in very small towns and one small city, I definitely feel like I am in Metropolis.

I got here late in the afternoon yesterday, and took a long walk along the waterfront. It was hot and crowded and touristy, but I enjoyed these hammocks strung along one of the wharves. Unfortunately, they were all occupied.