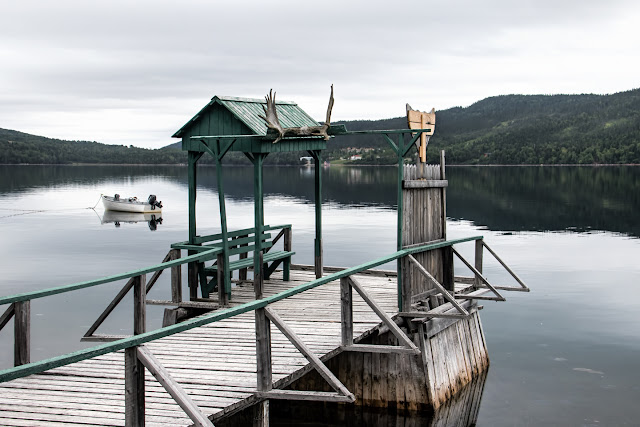 Here's a joke I heard tonight:

Three men -- an American, an Albertan, and a Newfoundlander -- commit a robbery. They flee from the police into an alley where there's a pile of empty burlap sacks. So each of them hides in a sack.

A policeman kicks the bag with the American in it, and the American says, “Meow!“ ”Aw, that's just a bunch of cats in that bag,” says the policeman.

Another policeman kicks the bag with the Albertan in it. “Woof woof!” “Aw, that's a great big dog in that sack.”

I'm spending two nights in Halifax on the way home, and I'm sure I will enjoy it, but I will miss this beautiful, quirky, completely charming island. I already want to come back.

(This dock was in King's Point.)