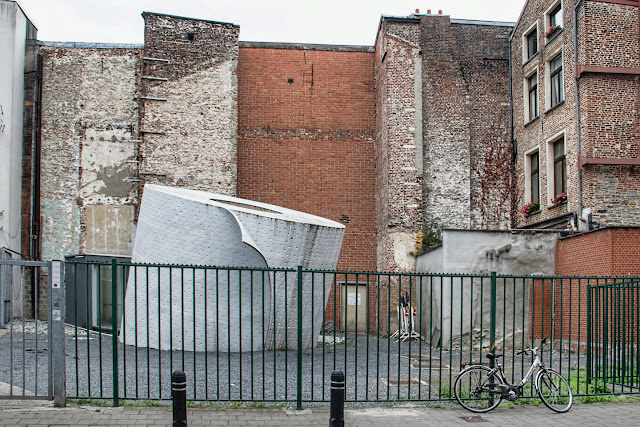 The wonderful Ghent Design Museum had its request for a long promised extension turned down by the city government. Their response was to install bathrooms where the extension was supposed to go, and cover them with what is officially an artwork. (There used to be a sign that played on the fact that the phrase for going to the bathroom in Dutch also means Screw you, but now that the museum extension has finally been approved the sign is gone.)

Suggested motto for Ghent: We could be a precious medieval theme park, but we choose not to be!