Why I love crossing the Brooklyn Bridge 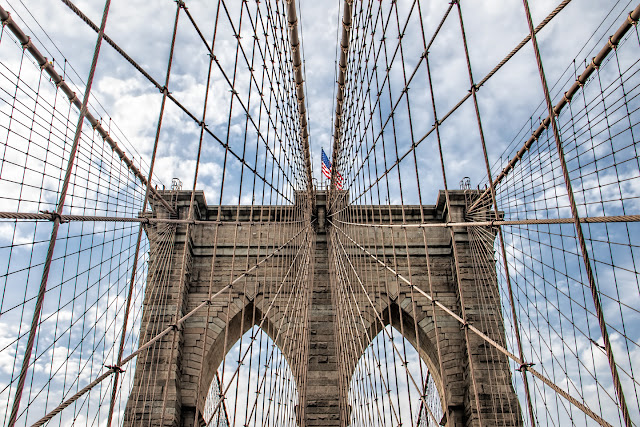 One of the photo groups I belong to on Flickr is called Engineering as Art, and that's a perfect capsule description of this bridge. It's a landmark in engineering -- it was the first steel cable suspension bridge, and for many years was the longest suspension bridge in the world. And at 135 years, it's one of the oldest roadway bridges in the United States, so well built that it's still in heavy use at an age when most bridges would have been long retired.

None of which would matter much if it weren't so beautiful, whether you're seeing it from a distance spanning the river, or from below on one of the Circle Line boats. But this is the best view, from the walkway in the middle of the bridge, with the granite towers above you and the steel webbing on every side.