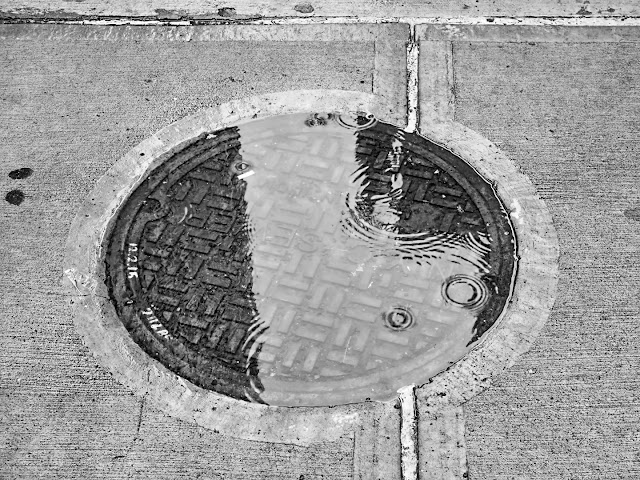 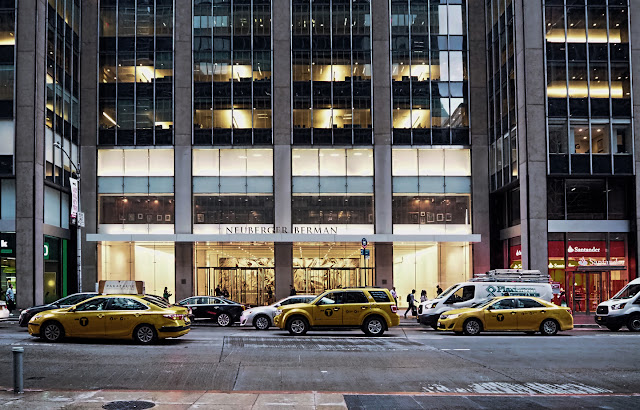 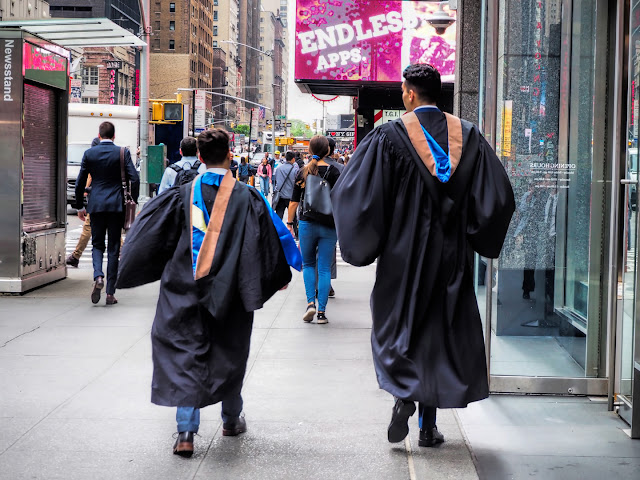 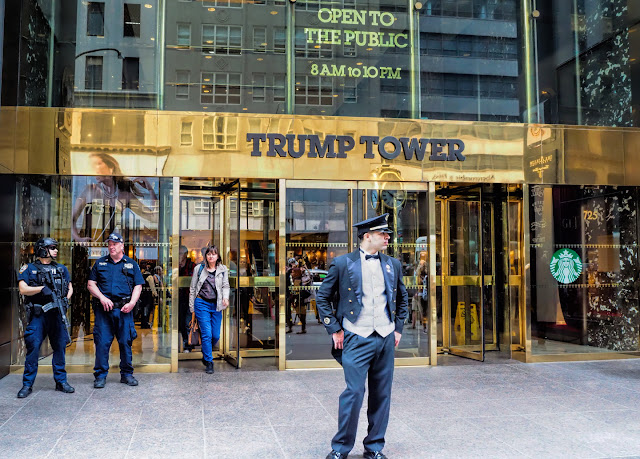 I bought a new camera to replace my old point and shoot. The professional photographers I've seen in action always carry multiple cameras rather than just multiple lenses -- that way they don't have to stop and swap lenses; they just swap cameras.

My version of this has always been to carry a good point and shoot along with the DSLR for travel photography. DSLR's are expensive and they're heavy and I'm not trying to sell my images to National Geographic, so having a small camera that takes decent pictures is a good compromise.

I bought an Olympus E-M10 Mark III, which for the curious is a micro four-thirds camera -- small and portable but with swappable lenses. I've been carrying it around all week taking pictures on my way to work and back, and here are some samples: Sixth Avenue in the evening, a manhole cover in the rain, graduates on Seventh Avenue, and the armed guards at Trump Tower.