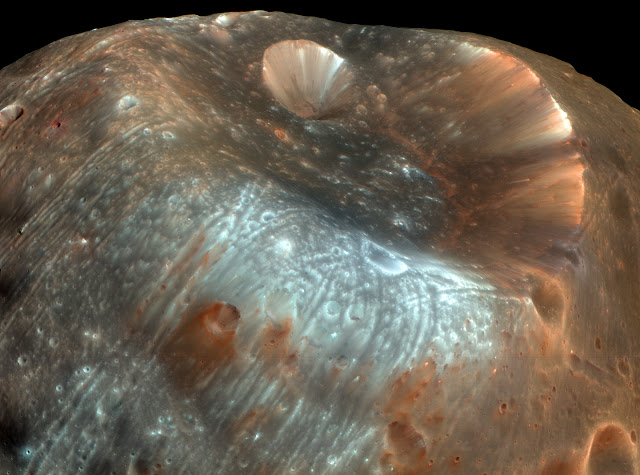 My first reaction on seeing this image was What the hell is that?

The Mars Reconnaissance Orbiter took this picture of Phobos, the larger of Mars's two moons, in 2008. Kepler predicted that Mars would have two moons back in 1610, but they're so tiny -- similar to asteroids -- that they weren't discovered until 1877.

Phobos is closer to Mars than any other known planetary moon, and orbits much faster than Mars rotates, so if you're watching it from the planet surface, you would see it rise and set twice every day.