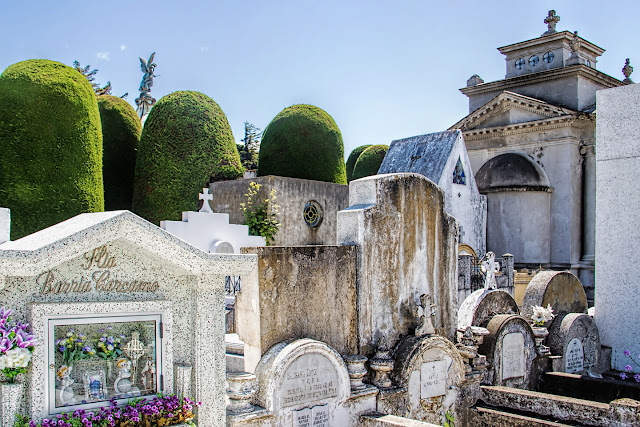 It really is worth the visit, if you happen to be in Punta Arenas anyway.

I've mentioned before that this trip to Chile made me aware of just how little I know about South American history and culture. For example, we think of it as Latin America, because most of South America is Spanish-speaking, just as most of North America is English-speaking. And though I knew that Argentina in particular had many immigrants from non-Spanish speaking countries, I was still struck by the names in this cemetery, where Familia Matheson-Villan is next to Familia Nicholls Sanfuentes and Familia Douglas-Tolentino.

Chile actually had fewer immigrants from non-Spanish speaking countries** because it was on the other side of the Andes and hard to reach, but Punta Arenas was a port. And as noted below, it's a long way from the rest of Chile.

**But the George Washington of Chilean history, the great Libertador, was named Bernardo O'Higgins. So at least one Irish immigrant made it over the mountains.