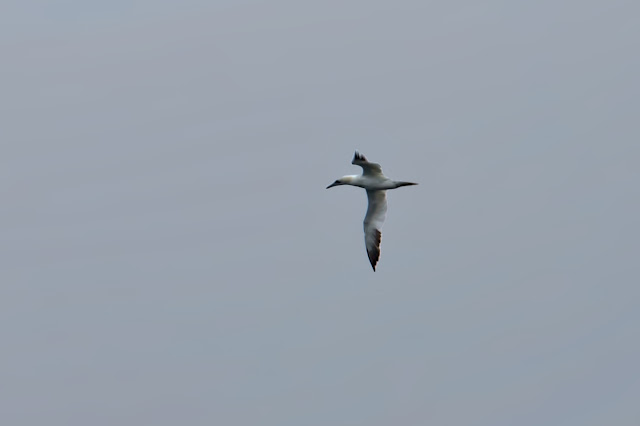 A gannet, taken from a distance on a whale watching cruise I took my first day in Reykjavik. It was more like a wave watching cruise, as there were no whales to be seen so late in the season, but we did see a lot of dolphins, and they were leaping and frolicking in a most satisfying, if unphotographable, manner. (You just couldn't tell where they'd appear. Out of at least fifty shots, I got one picture of two very blurry fins.)

But the guide did start to sound a little desperate about two hours into the three hour cruise, when the dolphins had yet to show up and she was trying to sound as though we ought to be excited about all the gannets and skuas we were seeing. Which I was, of course, but I was clearly in the minority.
Posted by Kathleen at 11:18 AM