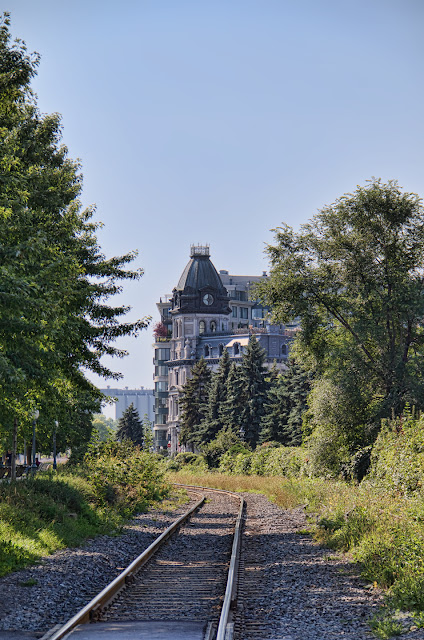 The mansion at the end of the railroad tracks -- for some reason, this has a vaguely creepy, Stephen King vibe to it, as though all kind of unspeakable things are going on behind those pretty windows.

It looks as though it's out in the middle of nowhere, but this is actually a park that runs along the river esplanade, not far from the Old City, and the railroad tracks were (maybe still are) probably used to transport goods back and forth from the port.
Posted by Kathleen at 3:05 PM