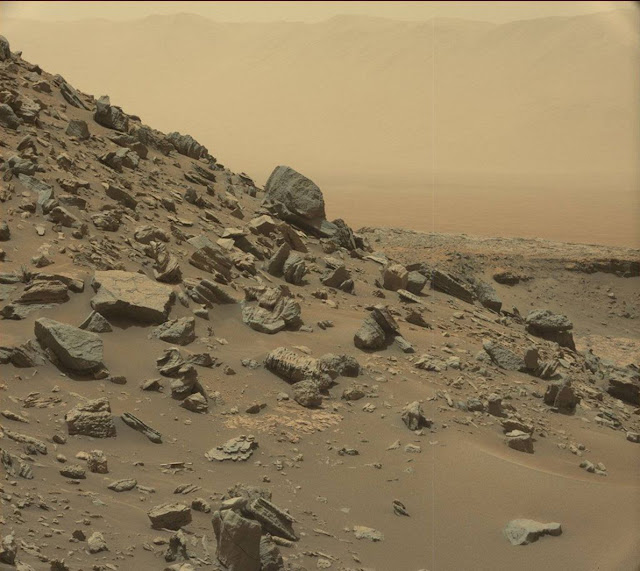 A picture of what appears to be a desolate, smoggy, junk heap of a hillside is automatically a million times more interesting when said hillside happens to be on Mars.

Curiosity took this picture two weeks ago, on sol 1454 of its mission. This is the Murray Buttes area of Mount Sharp, and if I were Murray or Sharp I wouldn't be at all disappointed because my namesake geology turned out to be a place that no sane human would want to see in person. (Because -- Mars! I'm thinking that the cross-shaped rock in the mid-foreground that resembles a bird in flight needs to be called Point Kathleen, myself.)

What appears to be mountains in the background is actually the rim of the 96-mile diameter crater containing all this excitement. Gale Crater is named for a 19th century amateur astronomer from Australia, so thank you, Walter Frederick Gale! Some of us have to settle for bird-shaped rocks.

Image Credit: NASA/JPL-Caltech/MSSS
Posted by Kathleen at 8:29 AM