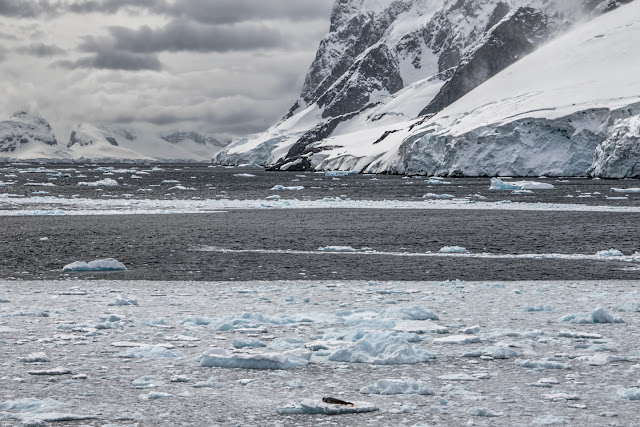 There's a lexicon to describe icebergs -- small ones are called “bergy bits,” and even smaller ones -- floating three feet above the water -- are called “growlers.” This blue carpet in the Lemaire Channel consisted of even smaller pieces, so-called brash ice, and maybe a few million Slushies.

That's a seal lounging on the floe in the foreground.