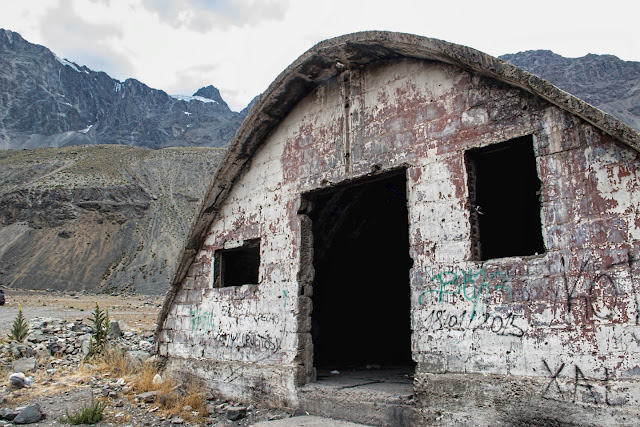 On the way back to Santiago from El Yeso we stopped here -- an abandoned military base beneath the San Francisco glacier.

It was last used during the Pinochet regime, when relations with Argentina were rocky and both sides were apparently considering invasion. (There are still tens of thousands of land mines left in the Andes along the Chilean border.)

Now like most empty buildings there's just litter, graffiti, and the smell of urine, but the doorways and empty windows made for some interesting photos.
Posted by Kathleen at 7:49 PM