Breakfast in the Andes 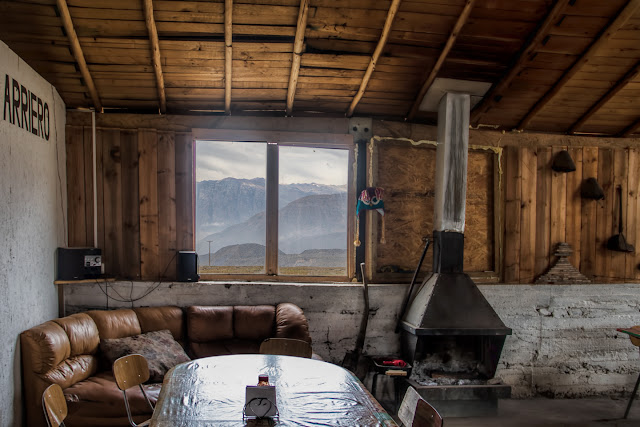 The restaurant -- maybe cafe is the better word -- at the rest stop. A cheese empanada was included in the tour, and it was hot off the grill and delicious.

I didn't even mind that the coffee was instant Nescafe as it was the first cup I'd had, and after a two hour drive it was manna to my jet-lagged brain. I've mentioned before that this tour had originally been scheduled for the following day, but Papa-mania had forced the tour operator to reschedule. Because Chile is inexplicably two hours ahead of New York, I'd reasoned that a tour leaving at 7:15 am would probably be more enjoyable after I'd been in the country for at least 24 hours and had time to adjust to the change.

But the Pope decided to come to town, and since the only other option was the day I was going to Valparaiso I agreed to go a day earlier.

And not surprisingly, I overslept. The front desk woke me with a phone call at 7:25, telling me that my tour guide was waiting, and I had to throw on some clothes, grab my camera and run downstairs without getting anything to eat.

So I will always remember that empanada and instant coffee as one of the best breakfasts I've ever had. I'd never had a freshly made empanada before and like most variations on the theme of stuffed dough, it was so much better that way. Plus, I was starving.