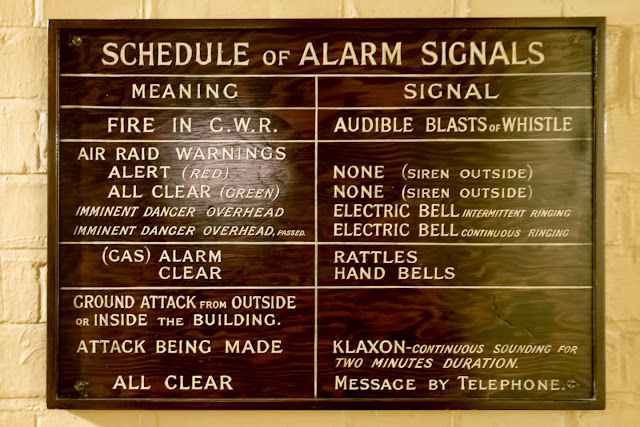 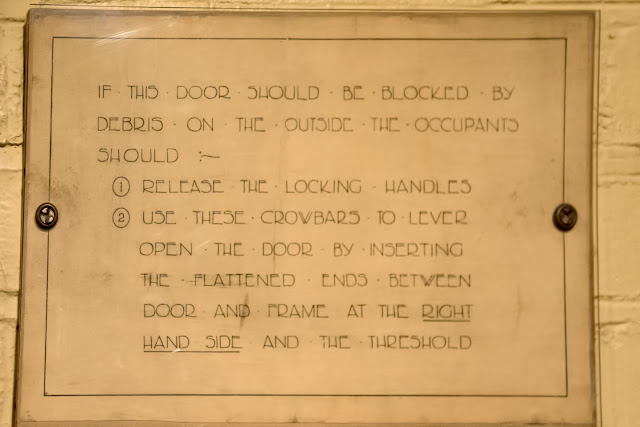 These signs, more than anything, made the terror of living in London during the Blitz real to me. Although the war rooms had been reinforced with a 5-foot thick concrete slab overhead, a direct bomb hit would probably have destroyed them.

But that wasn't the only potential danger, so there are signs explaining how to dig your way out through bomb debris, and how to distinguish the alarm that meant a gas attack from the one that meant a ground attack inside the building.