Cooking for the PM 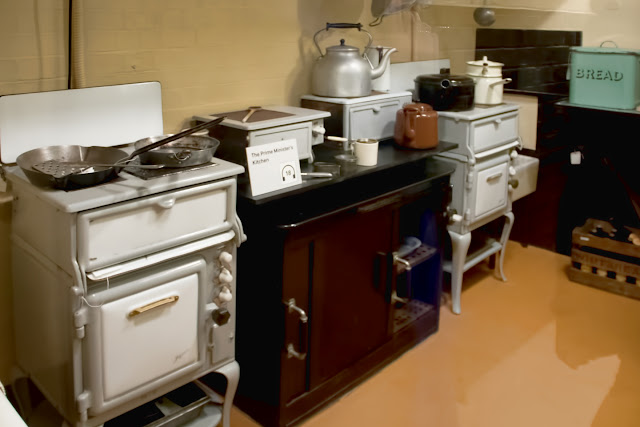 I have many more pictures of, well, everything really, but as I'm spending the afternoon with yet another cousin, and then heading out to Heathrow to spend the night before my flight home tomorrow, here's something easy and quick: the kitchen in the Churchill War Rooms.

This museum is in the fortified bunker under the Treasury building in Whitehall where Churchill and his staff lived and worked during the Second World War. There are offices and conference rooms, bedrooms for military officers and senior staff and dormitories for the peons, and this kitchen, which Jane Austen might have found ridiculously old-fashioned. The stove looks like something from a doll's house.
Posted by Kathleen at 5:03 AM