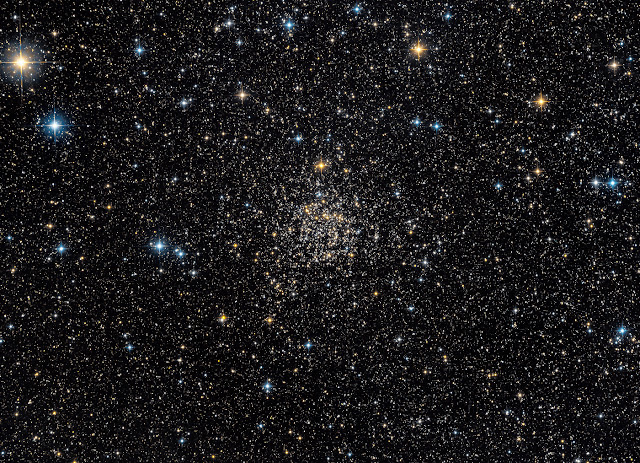 Apologies for being a day late -- getting through those two days at the office was a little more challenging than expected, and I had no time for blogging.

I'm at Newark airport, waiting for my flight to Brussels, so finally have a chance to catch my breath. The United lounge is closed for renovations and I am sitting in the charmless “pop-up” temporary lounge. It isn't much more comfortable than sitting at the gate -- it doesn't even have a bathroom -- but there are free snacks and wi-fi, so at least I can post this lovely image: NGC 7789, also known as Caroline's Rose, after its discoverer, Caroline Herschel. She's a fascinating character in the history of astronomy; her brother was William Herschel, best known for discovering Uranus. While she spent most of her time assisting him, she also discovered eight comets on her own, and was one of the first women granted honorary membership in the Royal Society.