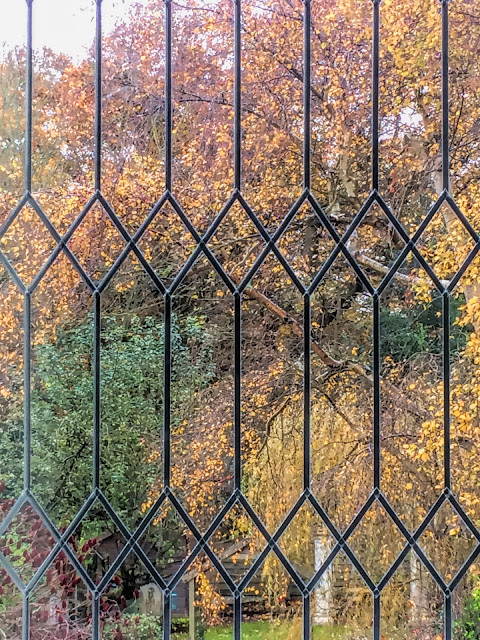 I'm a little lazy today, so this is a phone picture of the trees in my cousin's garden in Croydon this morning. You can't see the magpies who were busy chattering away in the branches, but just pretend there's an annoying soundtrack to the image.

I flew in from Brussels Saturday morning, and after standing in the immigration line at Heathrow for an hour and a half (I could get an EU passport -- why haven't I just done it already??) I wasn't feeling great by the time I arrived here two hours later than expected. And unfortunately for all concerned, I got worse -- nothing screams “gracious houseguest” like barfing up your hostess's lovely homemade lasagne an hour after dinner.

After lots of sleep and some industrial-grade TLC including a pot of homemade soup, I am much better today, and more Brussels pictures will follow shortly.
Posted by Kathleen at 7:46 AM