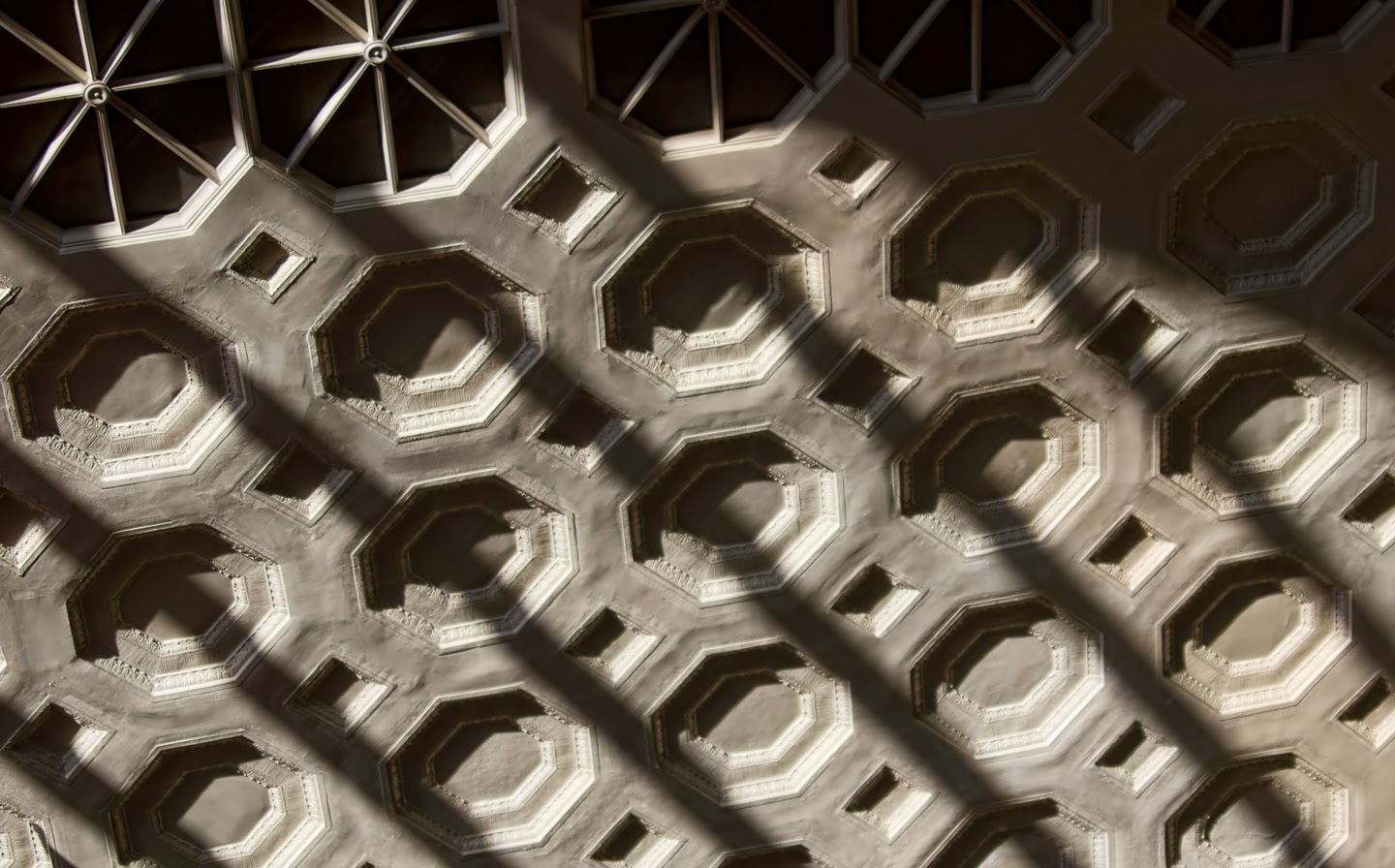 This is the ceiling at Union Station, obviously taken on a sunny day earlier this week.

I lost track of how many flights United cancelled, and then rebooked, and then cancelled again yesterday, but it was at least six. Fortunately I booked a seat on the last Acela out of town before Amtrak closed down as well, and made it back to New York last night.

Getting from Penn Station to my apartment turned out to be much more difficult. It was snowing heavily and very windy and the streets were almost empty. The suitcase on wheels is a wonderful invention but I can report that it's worse than useless in six inches of snow. I made it seven blocks in half an hour. Then I spotted an off-duty cab, and persuaded the driver to take me the rest of the way home for twenty dollars.