In which both my patience and my energy run out 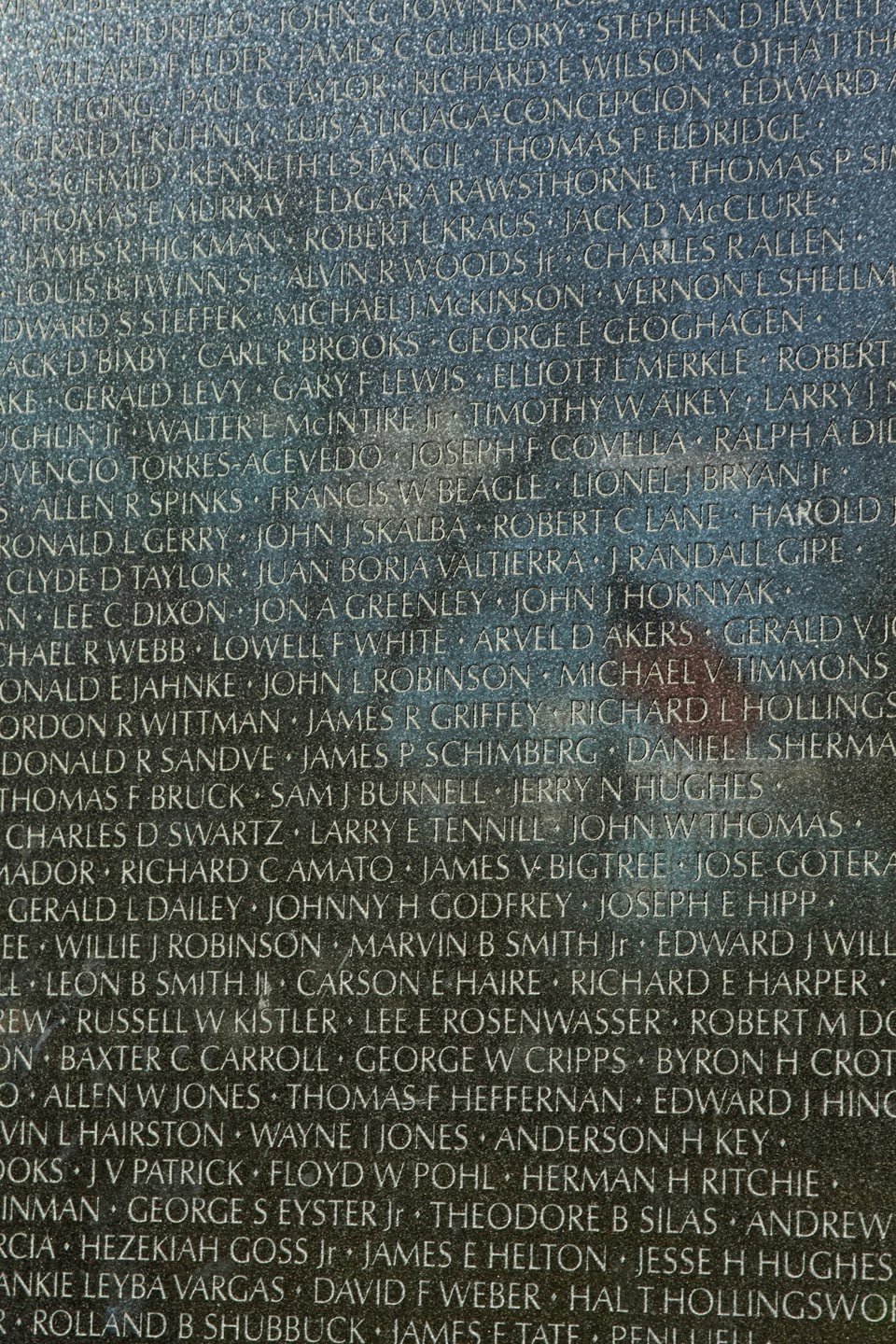 There were nine of us, family and friends, some of whom had never been to Washington before. I have a cold, and the chilly walk across town to the hotel where everyone was staying knocked me out, so I was glad that the plan for the day was a ride on a hop-on, hop-off sightseeing bus.

It was soothing -- and warm -- to spend a few hours watching the city go by, seeing where Grover Cleveland spent his summers and where Jack Kennedy proposed to Jacqueline Bouvier. We finally got off at the Lincoln Memorial and walked through the Vietnam Memorial afterwards.

The wall of names always brings tears to my eyes, so much promise wasted, so many vows of Never again, completely forgotten a few decades later when we blundered into Iraq and started compiling a new list of names for some future wall. I don't feel a personal loss here, though my father did fight in Vietnam, and left some essential part of himself there, but there are always visitors for whom one of the names is very personal, not a carving in stone but a scar, and the line shuffling along the wall is usually quiet, almost solemn, with respect.

But today we were accompanied by a group of high school beauty queens, all wearing sashes identifying them as Miss High School Arkansas or Miss High School Tennessee, and they were posing for pictures by the wall like models showing off a new Cadillac at an auto show. Their lack of awareness was breathtaking, and some of the other visitors, those who were visiting particular names, were angry. I just had to leave.

My energy, what little I had, had all leaked away by that point anyway, so I took a cab back to the hotel and my warm bed and here I intend to remain.