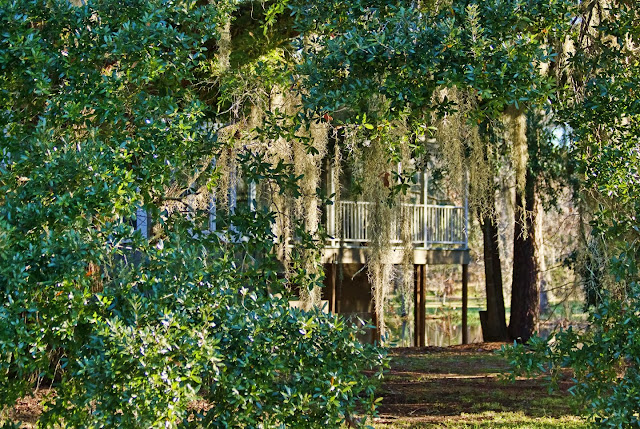 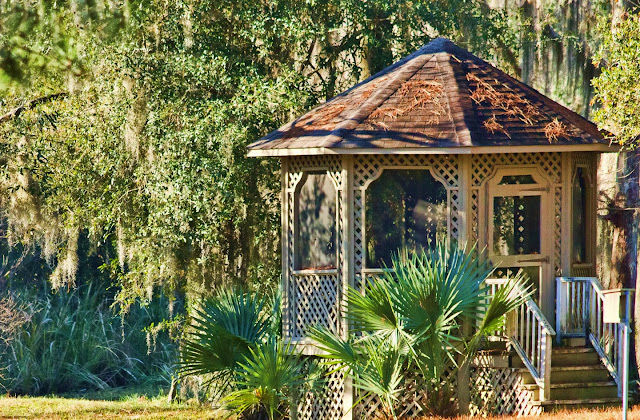 Happy New Year to everyone! At least for one day we can imagine that the new year will be free of the cruelties and delusions that were so rampant in the past, that one flip of the calendar page will somehow correct human nature, and everything will be sunshine and unicorns forever and ever.

But there is always kindness and generosity, sometimes quite unexpected, so here's a story about something that happened in Louisiana. A few days before Christmas, it was still too muddy to take the nature walk we'd planned on, but the sun was out and I needed some fresh air, so I took a walk around the neighborhood.

There was no one else out and only a few cars, but I saw a few birds, and the trees were interesting, and I took a lot of pictures. A woman in a zippy little Porsche slowed down when she saw me and then stopped. "Are you looking for birds?"

She said that she lived up the road and there were a lot of birds by her pond and I was welcome to look at them. "I'll be coming and going doing errands but just come on by."

So I did. The house was at the other end of the road. There were pillared gates, then a long driveway, leading to a house with a pool and a large pond on the side. I was watching woodpeckers by the driveway when she shouted at me to come around back and see the bayou. They had a private dock and a boathouse by the water, another pond, a huge meadow, a gazebo. I've never seen a house with grounds like this. Even in the movies, I'd never seen grounds like that.

Her husband came out and introduced himself. We talked about birds a little, what they had there, and they invited me to come back early in the morning when the birds were more active. Then they went back to their chores and I walked around and took some pictures.

And I did go back the following morning, with Judy, when the frost on the ground leached cold up my legs through the soles of my shoes. The birds were fairly elusive in those damn tall Louisiana pines, and the promised herons on the bayou never showed up, but it was still magical. And I was so grateful that they shared it with me, a stranger they basically picked up by the side of the road, because one birder recognized another.

May your 2014 be filled with random acts of kindness like this one.