This is starting to look familiar 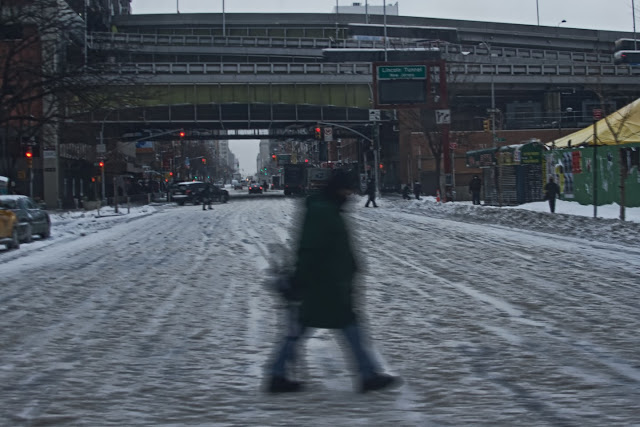 Ninth Avenue in the snow this morning, when it was a bitter, blizzardy, wind-that-cuts-to-the-bone 10 degrees Fahrenheit (that's -12 for those of you on Celsius planet) in New York.

It took me almost an hour to go the mile to work; I started out walking but quickly gave up and got on a crosstown bus, which didn't move any faster than I could have walked but was at least warm. I started walking again after waiting maybe two minutes for the uptown bus, but grabbed a cab someone else was getting out of mere moments before my nose froze off.

Then this evening, more or less the same in reverse, except that it was an only slightly less bone-chilling 14 degrees. I'm warm now. I've decided I really like being warm, and maybe my next big trip won't be to Antarctica after all.