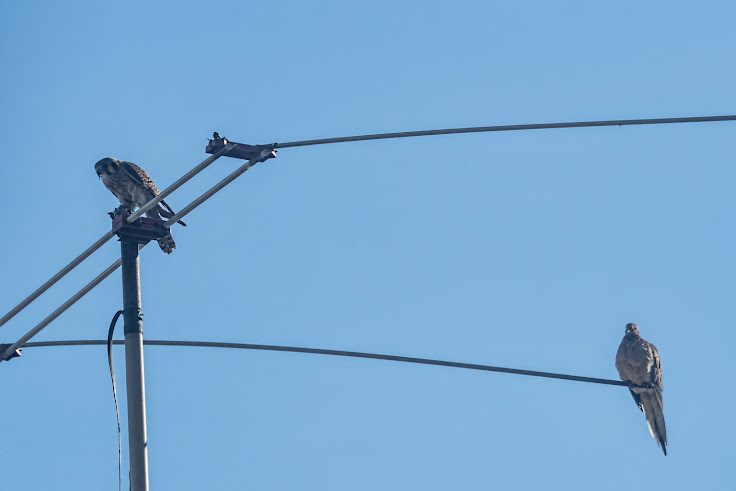 Apologies for the (lack of) quality of this photo -- it was taken through a window, and that antenna is on the other side of the yard.

But after my comment last week maligning the intelligence of mourning doves, this made me laugh. That's an American Kestrel (99% sure -- it's a bad picture) on the left, eating another bird for breakfast. At one point there were feathers poking out of its beak.

And though the kestrel was already eating, and not likely to go after something as large as a dove anyway, most birds very wisely flee whenever a hawk or a falcon shows up. But not this mourning dove, which sat there placidly in the sun, ignoring the carnage a few feet away.
Posted by Kathleen at 8:32 AM