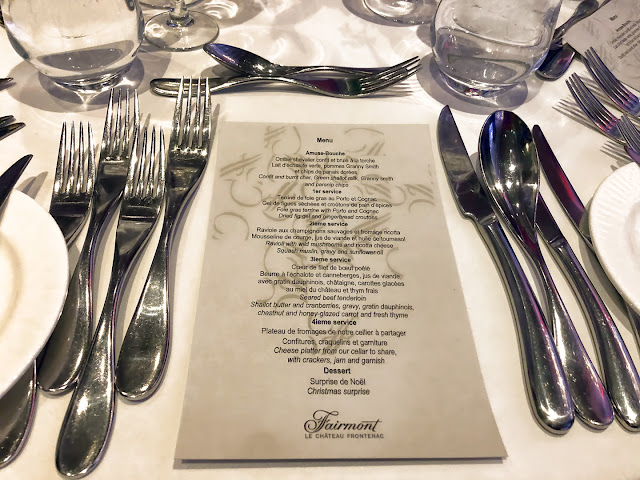 Our tour ended with Christmas dinner at the Château Frontenac.

It was four courses, not including an amuse bouche and dessert, and I was pretty much done halfway through the second course. I barely tasted the tenderloin, and ate exactly one bite of dessert. But I very much enjoyed the spectacle of it all -- getting dressed up and heading to the Château, mingling with the crowds in the lobby, then heading up the stairs to the ballroom for dinner.

I did love that they translated mousseline de courge as “squash muslin.” Muslin -- the fabric -- is mousseline in French, but an edible mousseline would never be called a muslin in English.