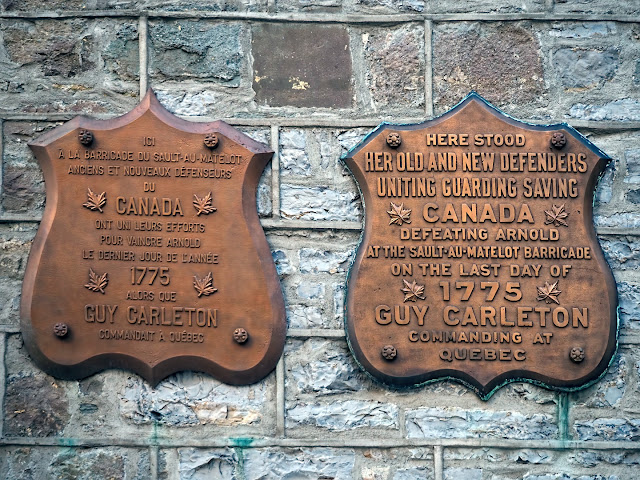 I had long forgotten -- if I ever knew -- that an invasion of Quebec was part of the Continental army strategy during the Revolutionary War.

The assault on Quebec City on December 31, 1775 was led by Richard Montgomery and Benedict Arnold, and was a failure. Montgomery was killed and Arnold's leg was shattered, but for some reason the fact that he reached Quebec at all was enough to earn him a promotion to general.

These plaques near the Place Royale commemorate the Canadian victory.