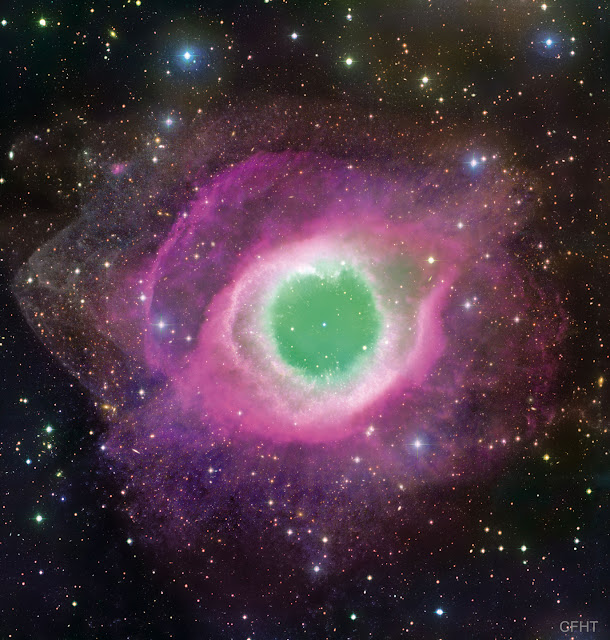 I'm not particularly fanciful (pause for hysterical laughter from anyone who's ever actually met me) but this  image of the Helix Nebula looks unnervingly like an eye. If, as Carl Sagan put it, we are a way for the cosmos to see itself, this picture makes me think it's staring right back at us.

And it's a glimpse into the far future, because this kind of planetary nebula is what becomes of stars like our own sun when they reach the end of their long lives. Earth will be gone then, but perhaps the residents of some other planets will marvel at the similar spectacle of our star in its old age.