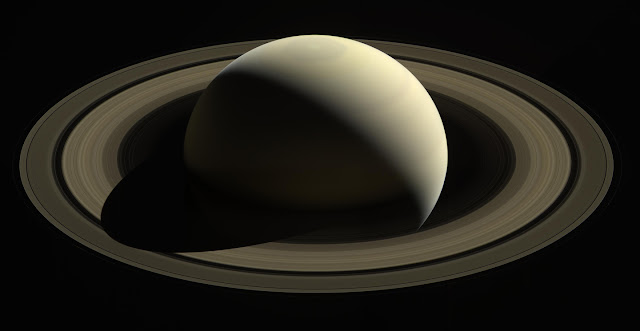 Here's one of the last looks at Saturn and its rings from a distance, captured by Cassini with a wide-angle lens last October, but released by NASA and JPL yesterday.

We'll probably get more pictures, as it takes time for NASA to process and release them, but the Cassini probe itself will die on Friday, when it ends its mission with a plunge beneath Saturn's clouds and into whatever lies beneath.