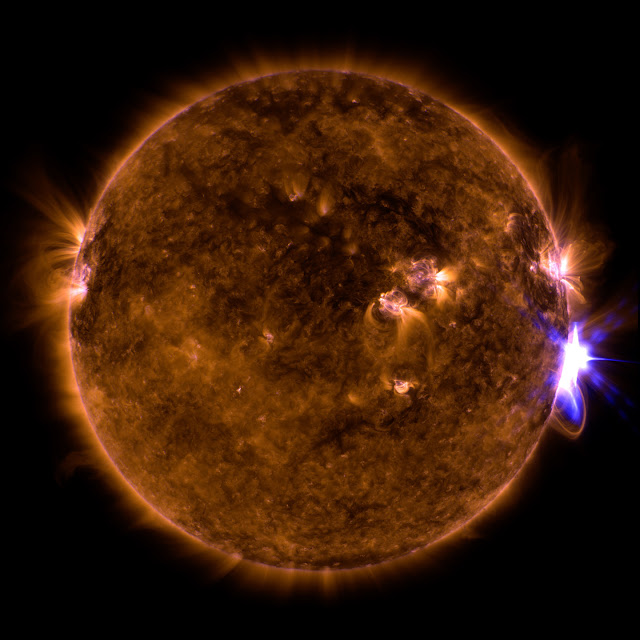 Our beautiful sun in a bad mood on September 10.

This image from the Solar Dynamics Observatory shows an intense solar flare, which was followed by what astronomers whimsically refer to as a coronal mass ejection. It's the sun's version of blowing off steam, except instead of steam it's magnetic plasma. This is the stuff that can cause electrical havoc on Earth when it slams into our magnetosphere, causing blackouts (in 1989 power surges from solar flares melted power transformers in New Jersey) as well as knocking out satellite and GPS communications.

Image Credit: NASA, SDO, and the AIA, EVE, and HMI science teams
Posted by Kathleen at 6:49 AM