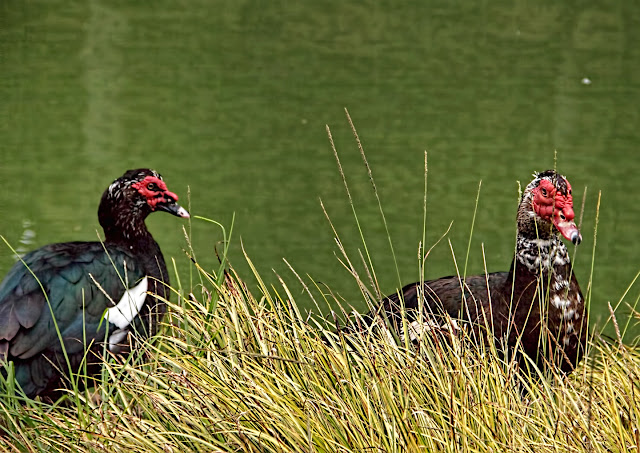 Posting was delayed because I had no wifi over the weekend, and I spent most of yesterday on a plane returning to New York (where it's surprisingly much cooler than it was in California -- makes it a little easier to face the end of vacation.)

But here's a phone picture of some odd residents at Stow Lake in Golden Gate Park in San Francisco. Those knobby red beaks made me think they were turkey vultures, but they are Muscovy ducks.
Posted by Kathleen at 11:22 AM