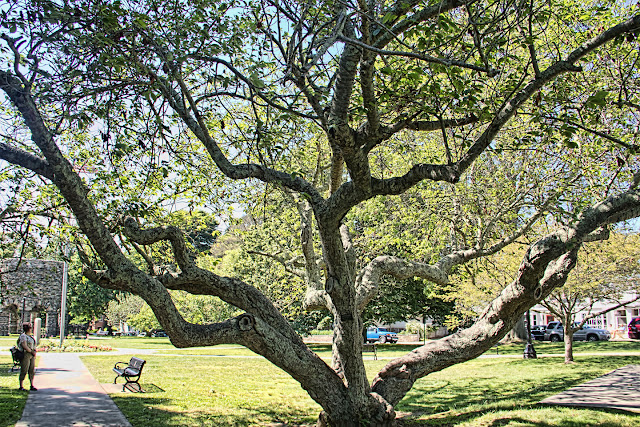 This beautiful cherry tree isn't the main draw in this Newport park. It was also the site of a now-demolished mansion built by Benedict Arnold, the first colonial governor of Rhode Island, and great-grandfather of the traitorous general.

The stone structure in the lower right corner of this picture is the Newport Tower, the remains of the windmill built in the mid-seventeenth century. Or so the scientists with all their fancy carbon dating claim; there are numerous theories about Vikings, Chinese sailors, and the Knights Templar actually being the builders. A small museum across the street calls it "the most enigmatic and puzzling single building in the United States."