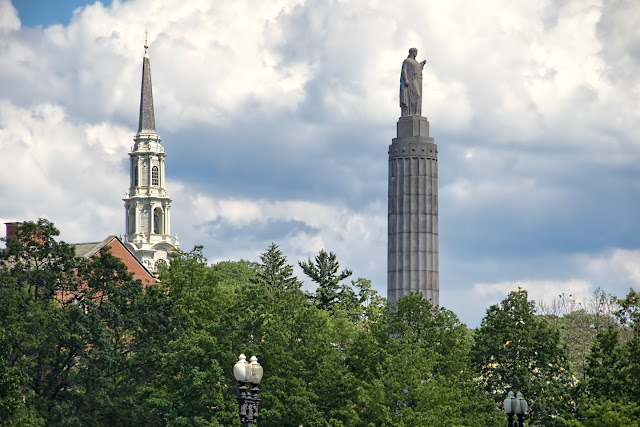 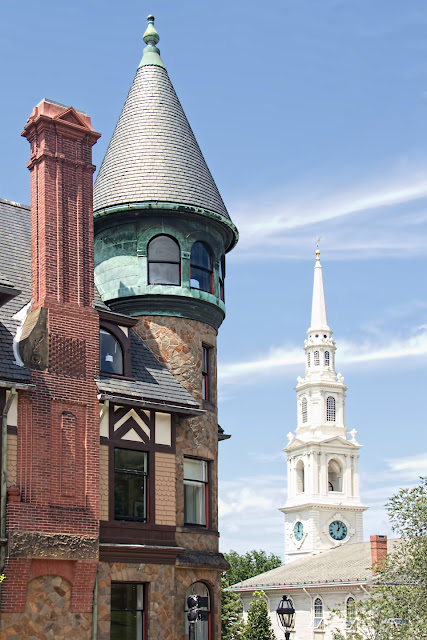 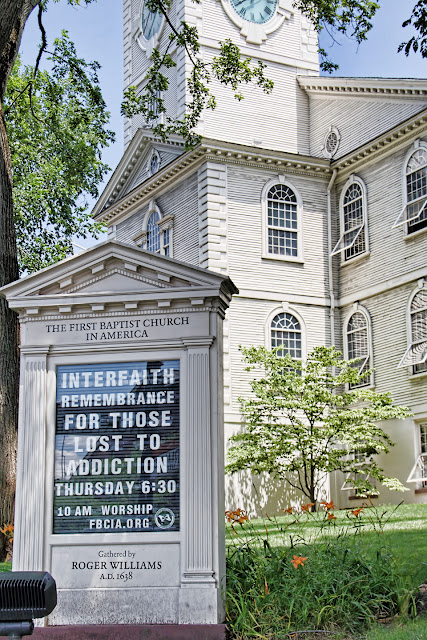 They didn't get around to building an actual church until 1775, and the result is the largest surviving wooden structure from Colonial America, according to the blurb on my tourist map.

The prominent spire is modeled after the one on St Martin in the Fields in London.

I've been queuing up Providence photos to post over the next week or two. It was probably my last weekend off until I go away on vacation next month, and I want to savor it as long as I can.
Posted by Kathleen at 6:00 AM